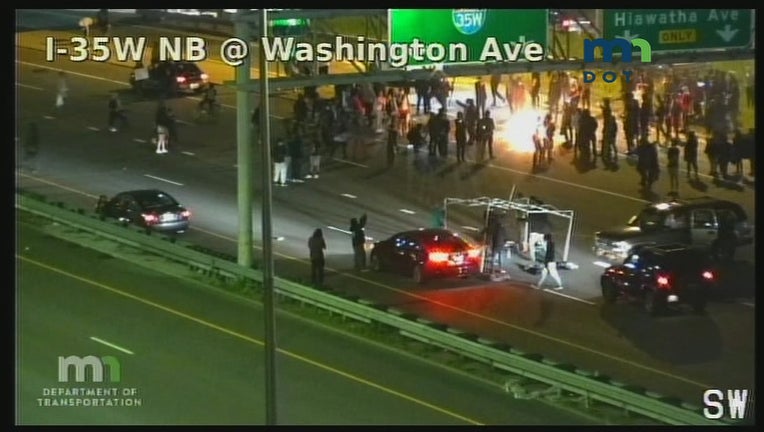 A crowd sets a fire in the middle of I-35W on Friday night.

Starting at 7 p.m., the following highways will close to traffic:

The roads will reopen at 6 a.m. on Sunday

Friday night, protesters were seen walking onto both I-94 and I-35W in Minneapolis, blocking traffic. At one point, a semi carrying packages was stopped and looted as the driver got stuck in the chaos along I-94.

On I-35W, a crowd burn trash in the middle of the road while blocking traffic for some time.