Community members clean up after riots and protests in Minneapolis.

MINNEAPOLIS (FOX 9) - After another night of riots and protests in Minneapolis and St. Paul, some residents are saying the damage has grown less severe.

The clean up continues after another night of unrest

As neighborhood clean up continues, people who live near the 5th Precinct say last night was calmer the previous nights.

Saturday, Minnesota Governor Tim Walz activated the entire National Guard to help secure the Twin Cities as riots continued. Protests that began Tuesday after the death of George Floyd in police custody were followed by riots as groups burned down several buildings - including Minneapolis' Third Precinct.

By Sunday morning, more than 5,025 soldiers and airmen had been activated. The Guard will maintain a presence in the cities, with more plans to be announced today. 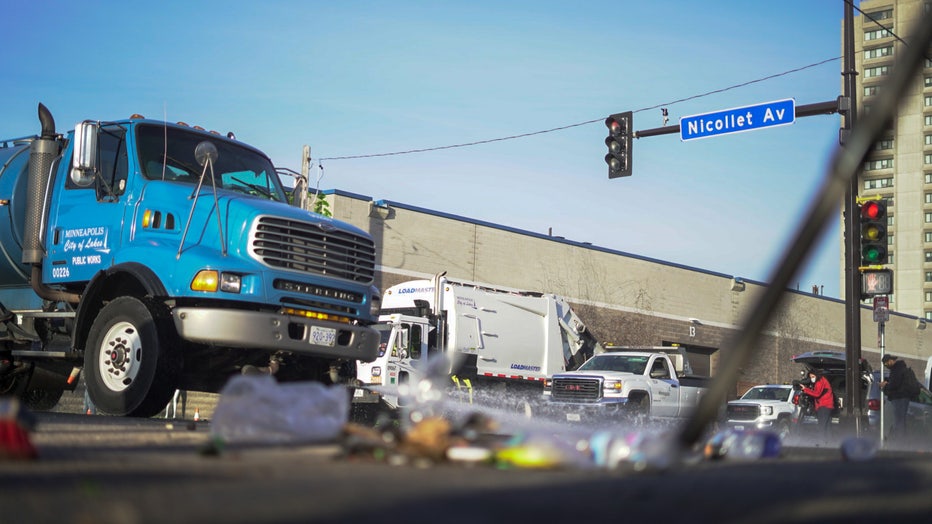 Crews with the City of Minneapolis were seen clearing garbage - rather than the glass or debris seen over the last week.

“I think the damage is a little less intense today,” said Tony, a Minneapolis resident.

Several groups plan to continue protesting Sunday, demanding justice for George Floyd. One protest is planned for 1 p.m. at the Minnesota State Capitol, and two others are planned at noon - one in Minneapolis and another in St. Paul.

FOX 9 will carry some of the protests live on fox9.com/live.