Hogs have blocked traffic on an exit along I-494 leading to I-94 in Woodbury, Minnesota on Sunday.

WOODBURY, Minn. (FOX 9) - Hogs have taken over an exit ramp along I-494 leading to I-94 in Woodbury, Minnesota on Sunday, causing minor traffic disruption.

Troopers are investigating the crash Sunday evening on the exit ramp from 494 southbound to I-94 east. According to Minnesota State Patrol, a semi was hauling livestock on the east metro interchange when it rolled over on the exit ramp. 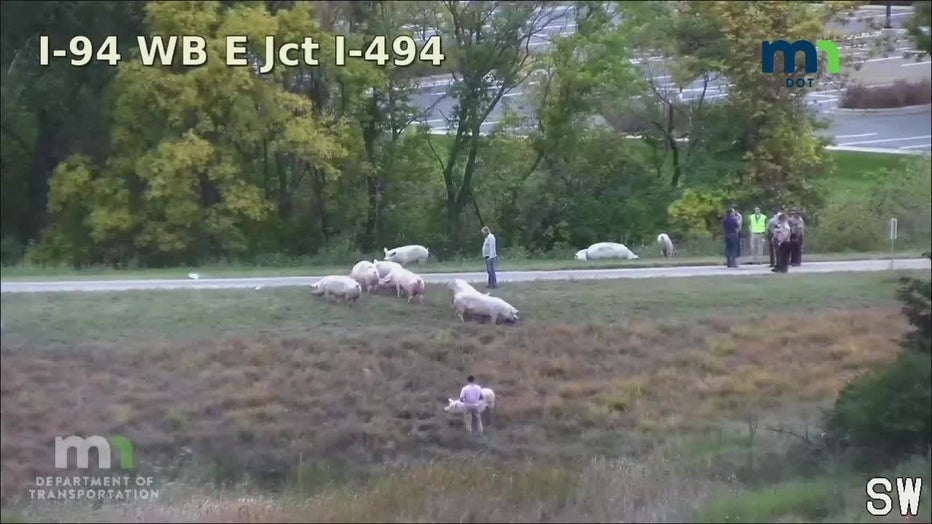 Minnesota State Patrol was working to herd hogs on an exit ramp along 494 to I-94. (MnDOT / Supplied)

No one was hurt in the crash but troopers say it left livestock on the highway. Now, authorities are working to safely remove the animals.

Traffic cameras show a number of hogs on the exit ramp and grazing on the side of the road.