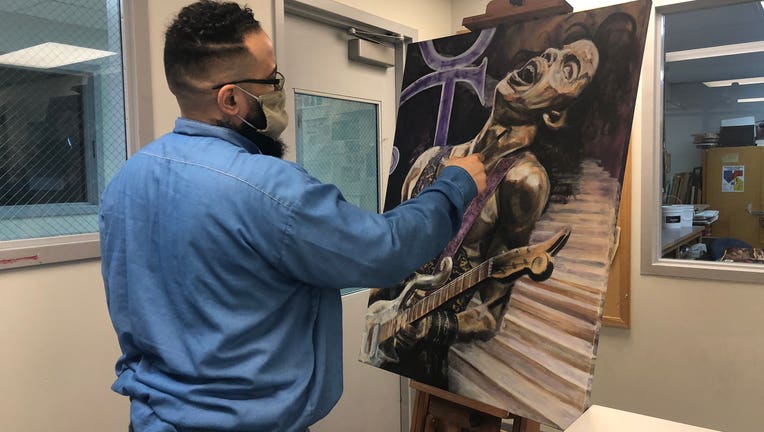 Inmates at Stillwater prison participate in the Art from the Inside program.

STILLWATER, Minn. (FOX 9) - An idea two years in the making is taking shape inside the Stillwater prison. A correctional officer who works in the prison is bringing hope and healing to other officers and inmates through art.

“We still haven’t recovered yet from the trauma that happened in 2018, Joseph Gomm’s death,” said Antonio Espinosa, a correctional officer at the Stillwater prison.

Life and work haven’t been the same for Espinosa after his friend and colleague was killed by an inmate inside the Stillwater prison two years ago.

“I’m thinking what can I do to bring some positive force into this place, try to encourage our staff and uplift offenders, so that we don’t have this situation happen again,” he said.

He came up with an idea centered around a talent many inmates already had. 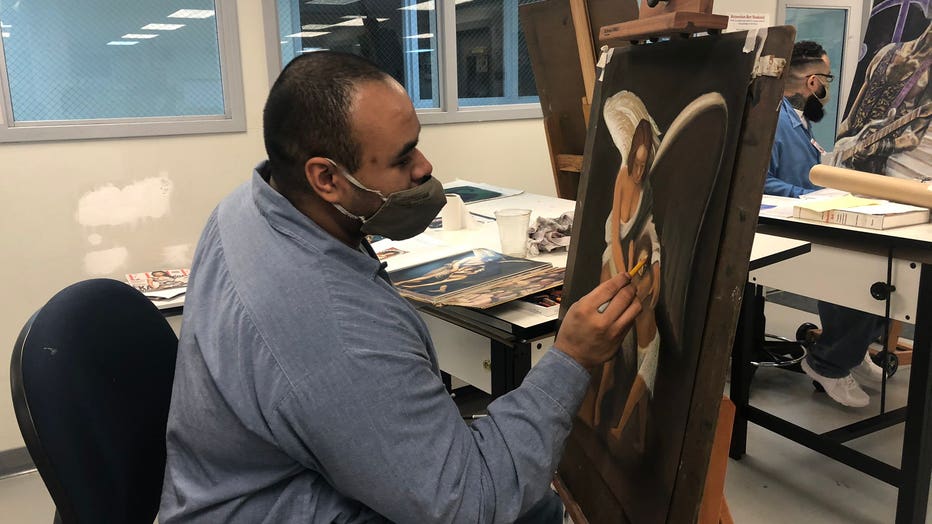 Inmates at Stillwater prison participate in the Art from the Inside program. (FOX 9)

Art from the Inside was born. The project has received funding from Midway Contemporary Art in Minneapolis. The artwork from about 40 inmates will be displayed to the public in three different exhibits.

“This gives us a way to kind of be free a way, to feel human, to express what we feel subconsciously,” said Roberto Lopez-Rios, an inmate artist.

Those taking part spoke over FaceTime, showing off some of the art they’ve been working on. They say it has helped keep them out of trouble.

“There’s been a lot of things I’ve been able to avoid just because I was painting,” said Lennell Martin, and inmate artist.

It’s changed them on the inside and connects them to the outside as well.

“Just being able to connect, being connected to other human beings, so that is the huge benefit I get from doing this program and I would hope the public sees the benefit of that,” said Martin.

Espinosa says while he’s no artist himself, it’s brought something out in him too.

“It has lifted me up, lifted my spirits,” he said. “I’m enthusiastic coming to work talking to the guys and seeing their reaction, seeing the hope in their eyes their response to this project, it’s unbelievable.”