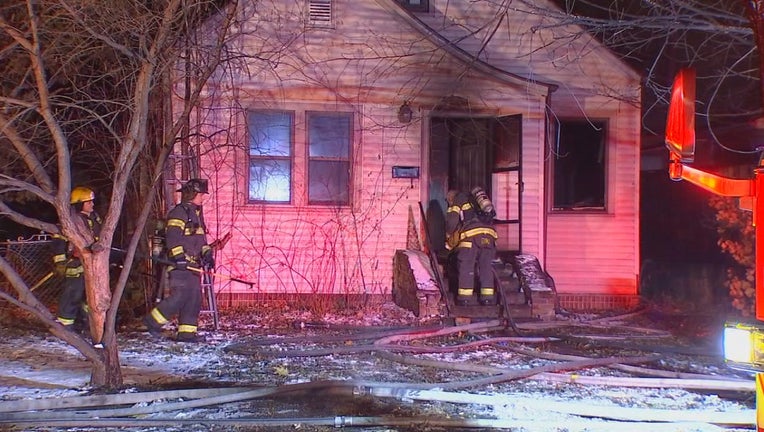 Fire crews clean up after the blaze Sunday night in Minneapolis. (FOX 9)

MINNEAPOLIS (FOX 9) - A partial collapse of a roof during a two-alarm fire in Minneapolis on Sunday left three firefighters with injuries, the department says.

According to the Minneapolis Fire Department, crews responded to the 5500 block of 32nd Avenue South for the report of a fire shortly after 5 p.m. At the home, firefighters laid lines to battle flames as crews went inside to search for any victims.

During the fight, firefighters say part of a rear porch and a large section of its attached roof collapsed on top of three firefighters working underneath of it. Crews were able to pull the three firefighters out. They were taken to a local hospital for treatment of what officials say are minor injuries.

A second alarm was struck for the fire, to bring in extra crews and equipment. After the collapse, crews were also able to resume the interior fight and extinguish the flames.

Besides the firefighters, no one was else was injured and no one was found inside the home. However, the home is considered inhabitable, displacing two adults, two kids, and two cats.