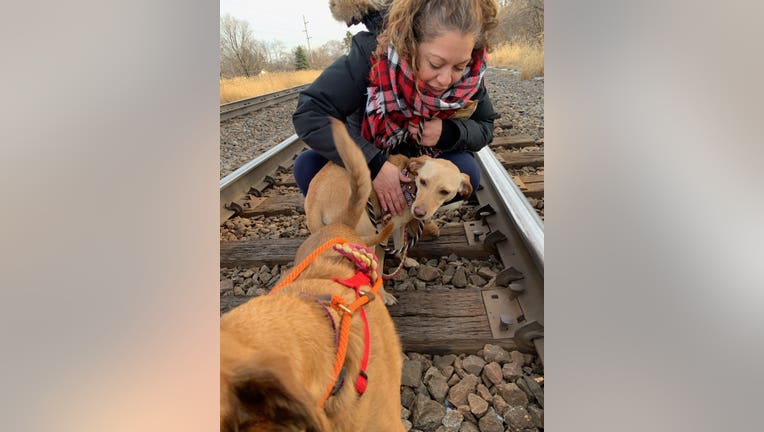 Gina Rios reunites with her dog Lola after the dog was missing for nearly two weeks. (Gina Rios)

MINNEAPOLIS (FOX 9) - A second dog was found after it went missing nearly two weeks ago when the SUV the pooch was in was stolen in south Minneapolis, according to the dog's owner.

On Dec. 3, Gina Rios left her car running to drop her child off at daycare. Her two dogs, Lucy and Lola, were inside the SUV when she saw a woman jump in the car and drive away, she told FOX 9. 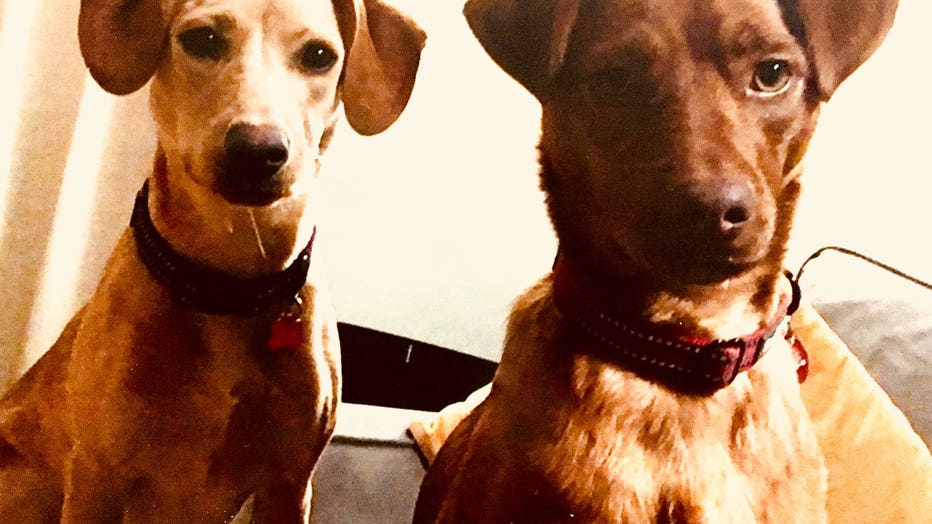 A Minneapolis family is desperate for the return of their two dogs, Lucy and Lola, after their SUV was stolen with the pets inside. (Gina Rios)

The next day, Lucy was found without her collar on Highway 10 in Coon Rapids. The search went on for Lola with help of community members and volunteer groups.

Wednesday morning Rios learned of a Lola sighting in Coon Rapids and headed out to the area with her dog Lucy to try to find her. While walking in the area, she called out Lola's name. At one point along the railroad tracks, she heard the bushes rustle when she saw Lola come out in a low crawl. Once Lola recognized Rios, the dog started wagging its tail and crying.

After a quick check-up at the veterinarian's office, Lola is now back home and snuggling with Lucy.

The vehicle theft remains under investigation.