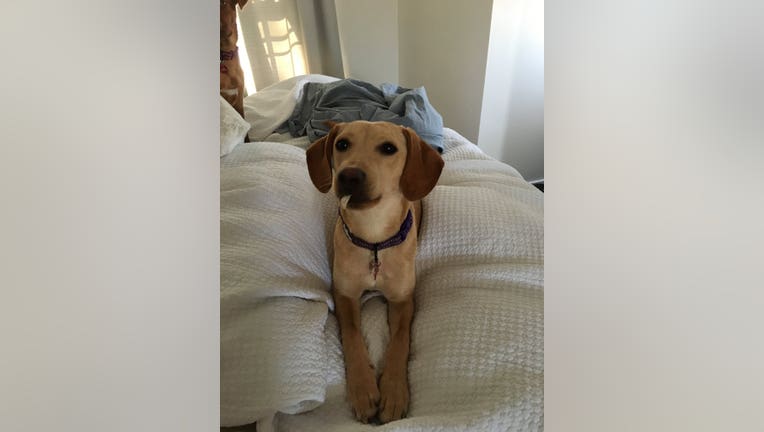 Lola, one of the two dogs inside a vehicle that was stolen in south Minneapolis Thursday morning, is still missing. (Gina Rios)

MINNEAPOLIS (FOX 9) - One of the two dogs who were inside a car when it was stolen in south Minneapolis Thursday morning has been found and is back with her owners. The second dog is still missing.

Gina Rios had left her car running with her two dogs, Lucy and Lola, inside while she dropped her daughter off at daycare on Bloomington Avenue South. She said she came back out to find another car had pulled up next to hers. A woman got out, jumped in Rios’ car and took off with the two dogs still inside.

A Minneapolis family is desperate to get their two dogs back after their car was stolen with the pets inside.

Minneapolis police confirmed to FOX 9 they are investigating the auto theft. Officers spotted the stolen white 2017 Buick Enclave in south Minneapolis Thursday, but the suspect took off before they could talk to them or see the dogs.

Lucy was found without her collar on Highway 10 in Coon Rapids, Rios told FOX 9.

There is still no sign of Lola, but Rios is hoping someone will find her soon.