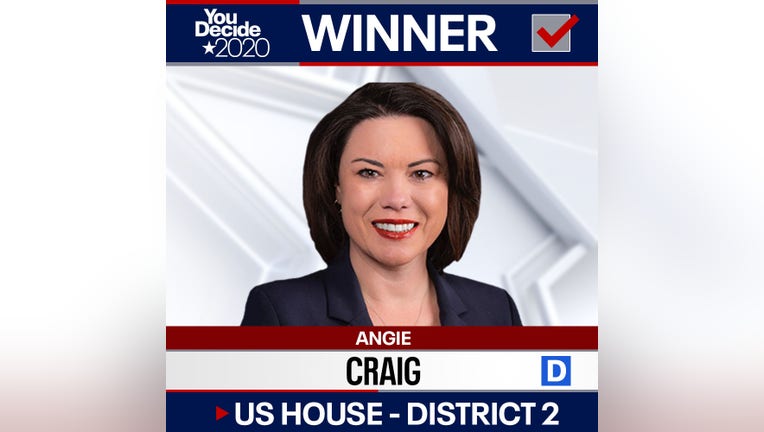 The AP made the call before 10:30 a.m. Thursday morning after a close race in the southern Twin Cities metro area district. As of 10:30 a.m., the Minnesota Secretary of State's website showed Craig with 48 percent of the vote with 100 percent of precincts reporting.

Craig faced Republican challenger Tyler Kistner in the race. In a Facebook post, Kistner announced he had called Craig to concede.

"I am humbled and honored by all the support I have received from Minnesotans across the Second Congressional District," wrote Kistner. "We came up a bit short of where we wanted to be, and I just called Angie Craig and congratulated her on her victory."

In 2018, Craig defeated Republican Congressman Jason Lewis. She received 53 percent of the vote, while Lewis got 47 percent. Minnesota’s second congressional district is one of 31 U.S. House districts that President Donald Trump won in 2016, but a Democratic candidate won during the 2018 midterm elections 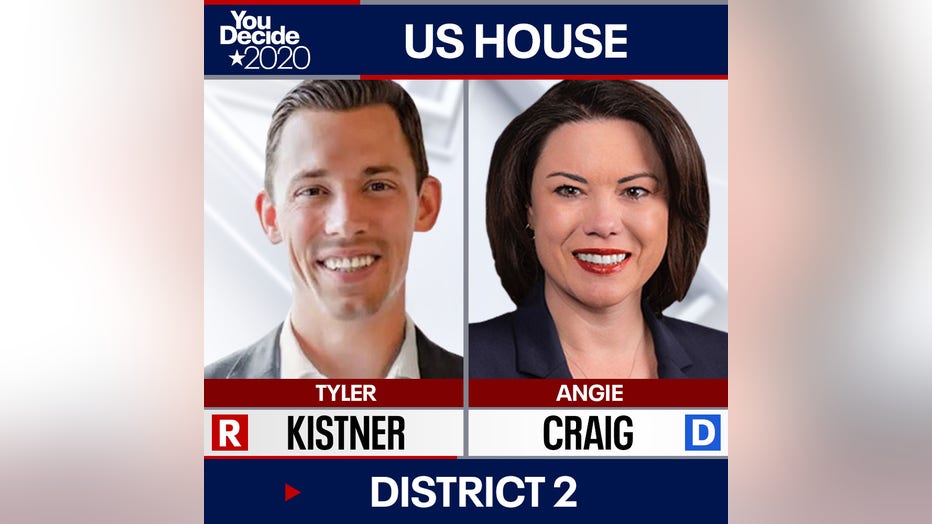 The election for the second congressional district was thrown into legal limbo following the death of a third party candidate in September, which triggered a Minnesota law to hold a special election in February and void November’s results.

Democratic U.S. Rep. Angie Craig filed a lawsuit and won after a judge determined she would likely win her argument that federal law setting the date of congressional elections preempted the Minnesota law.

Kistner appealed the decision, seeking to get the election moved back to February. After the U.S. Eighth Circuit appeals court decided not to immediately move the election back, Kistner announced plans to appeal to the U.S. Supreme Court.

Following the Supreme Court's announcement, Kistner said he is looking forward to "debating the merits of this law in the 8th Circuit Court of Appeals in November."