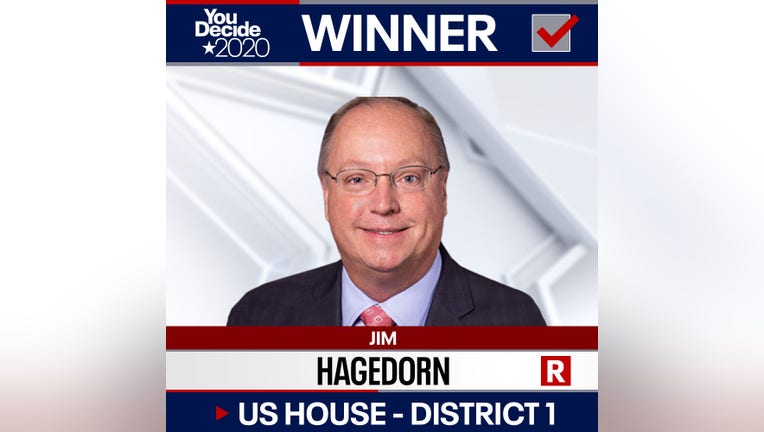 Rep. Jim Hagedorn has been projected as winner of Minnesota CD-1 Thursday.

MANKATO, Minn. (FOX 9) - Rep. Jim Hagedorn has been projected by the Associated Press as the winner of Minnesota's first congressional district race.

Minnesota’s 1st Congressional District, which extends across southern Minnesota from South Dakota to Wisconsin, has been one of the state’s closest House of Representatives races over the last few election cycles.

Hagedorn was first elected in 2018, defeating Feehan by a margin of 1,315 votes. 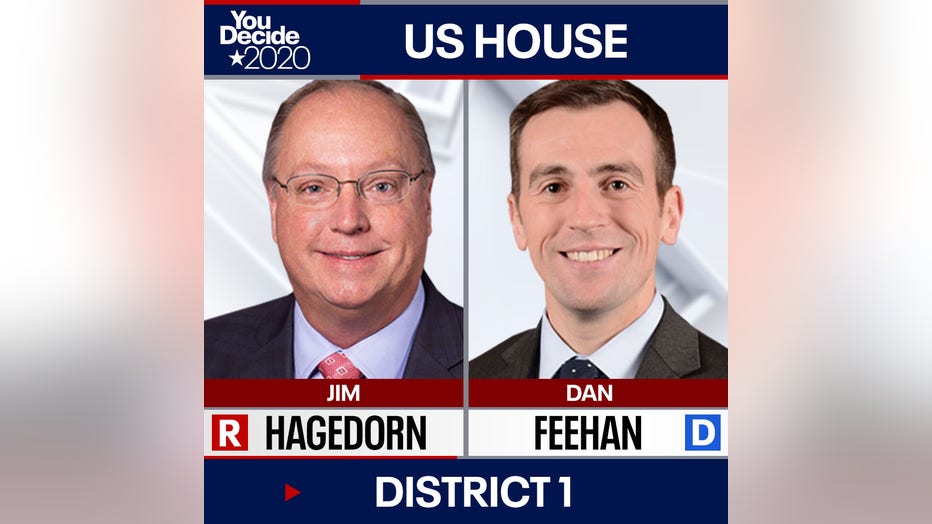 Republican U.S. Rep. Jim Hagedorn is running for re-election to Minnesota's First Congressional District against Democrat Dan Feehan, who he defeated in 2018. (FOX 9)

Hagedorn is a conservative Republican who was first elected in 2016 alongside President Donald Trump. He is endorsed by Trump and has made appearances with the President throughout his time in office.

Hagedorn has made headlines this election cycle for questionable payments of taxpayer money to companies with ties to Hagedorn’s staffers. The more than $400,000 in payments were blamed on his chief of staff, whom he fired in June.

Hagedorn also announced in February that he has stage four kidney cancer. He learned of the diagnosis a year earlier and had started care and immunotherapy at the Mayo Clinic.

Feehan, a Democrat, was born in Red Wing. He is an U.S. Army combat veteran who served in Operation Iraqi Freedom between 2005 and 2009.

He returned to become a teacher in Gary, Indiana before being tapped to serve in President Barack Obama’s Defense Department, eventually earning the rank of Acting Assistant Secretary of Defense.

Since returning to Minnesota from the Pentagon, Feehan has been working with the Farmers’ Union, according to his campaign website.