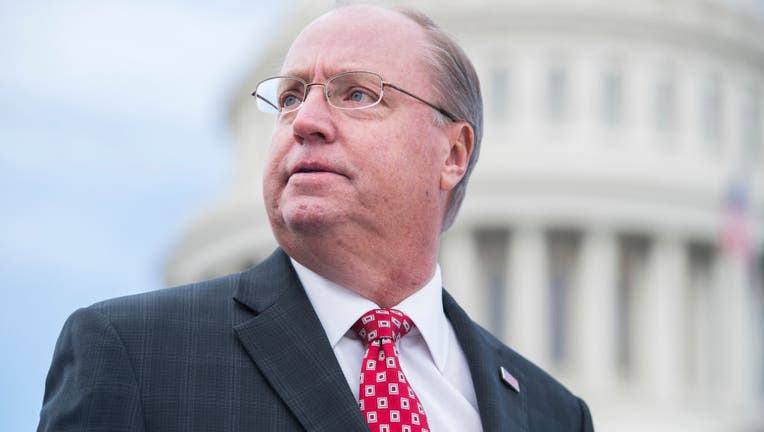 (FOX 9) - U.S. Rep. Jim Hagedorn pointed the finger at his now-fired chief of staff Wednesday for questionable spending of taxpayer money that has raised ethical concerns, and declined to answer questions about how much he knew about the spending.

In the first three months of 2020, Hagedorn's office spent $570,000 of his annual $1.4 million congressional budget and doled out much of the money to pay for constituent mail services. At issue: two companies -- one led by a Hagedorn staffer and another with mysterious ownership -- received most of the payments.

With the spending coming to light in recent weeks, Hagedorn has fired his chief of staff and hired an outside lawyer -- a sign that he could be expecting a House ethics investigation. Minnesota Democrats said they were talking to members of the state's congressional delegation about the process to file an ethics complaint, but said they expected the House to take up the matter regardless of whether a formal complaint got filed.

"It’s very clear this is more than just smoke here," Minnesota DFL Chairman Ken Martin told reporters Wednesday. "There's clearly a fire now. Is this a five-alarm fire or not?"

The spending includes $60,000 for printing and reproduction in 2020, plus $41,000 last September, according to congressional office spending records. Spending during the second quarter of 2020 is not yet public.

Sample is a part-time staffer in Hagedorn's office, earning a roughly $45,000 a year salary, according to congressional salary records.

A second company, Abernathy West, LLC has received $340,000 over the same time period.

Delaware-based Abernathy West does not disclose its corporate leaders.

Emails to Hagedorn's congressional office spokesman went unanswered. Hagedorn declined to say whether Sample would remain on his public payroll or whether his office continues to pay Invocq Technologies. He also would not say who owns Abernathy West.

Instead, Hagedorn's campaign emailed a one-page statement from the congressman that addressed few of FOX 9's questions.

In the statement, Hagedorn said he first became aware of the spending issues in mid-June, fired his chief of staff, and hired the outside lawyer.

"The nuts and bolts duties of establishing franking services, hiring vendors, and sending out mail were fully delegated to my former chief of staff," Hagedorn said in the emailed statement.

Hagedorn declined to answer how much he was paying the outside lawyer. He did not say whether he thought the relationship between his office, Sample and Invocq Technologies was permissible.

He said an internal review of the spending would be finished soon, and pledged to share the findings with the public.

Hagedorn, a freshman Republican, faces a rematch against Democratic challenger Dan Feehan in November. In 2018, Hagedorn defeated Feehan by fewer than 2,000 votes, one of the closest races in the country.