On a night with a temperatures below zero, the Minnesota Wild and St. Louis Blues will face off for Winter Classic at Target Field Saturday. Here's how fans are feeling about the cold.

MINNEAPOLIS (FOX 9) - The two teams at the top of the standings in the NHL's Central Division are facing off outdoors at Target Field on Saturday night for this year’s NHL Winter Classic. But they are not just competing against each other, the Minnesota Wild and St. Louis Blues also went head-to-head with Mother Nature.

On a night with a temperatures below zero, the weather was a game changer for players and fans.

Saturday’s Winter Classic may be the coldest outdoor game in NHL history, but fans in Minneapolis were bundled up and ready for it. Before the big night at Target Field, many of them pre-gamed during the day at a fan fest event inside and outside of Target Center. 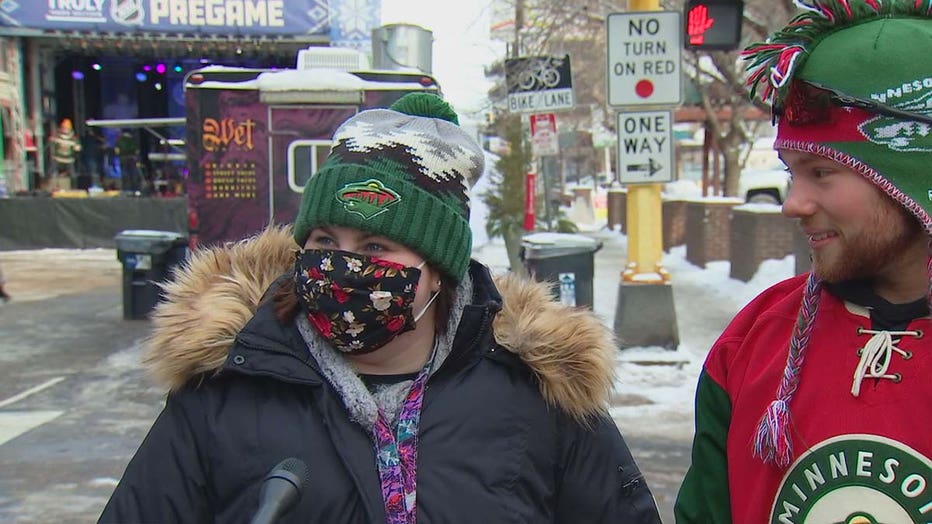 "I’m sure there’s going to be some hot chocolate and things like that, a few adult beverages to put the beer jacket on, so we’ll be all right," Blues fan Bob Heller said.

The game was one year in the making, after being postponed a year ago because of the pandemic. 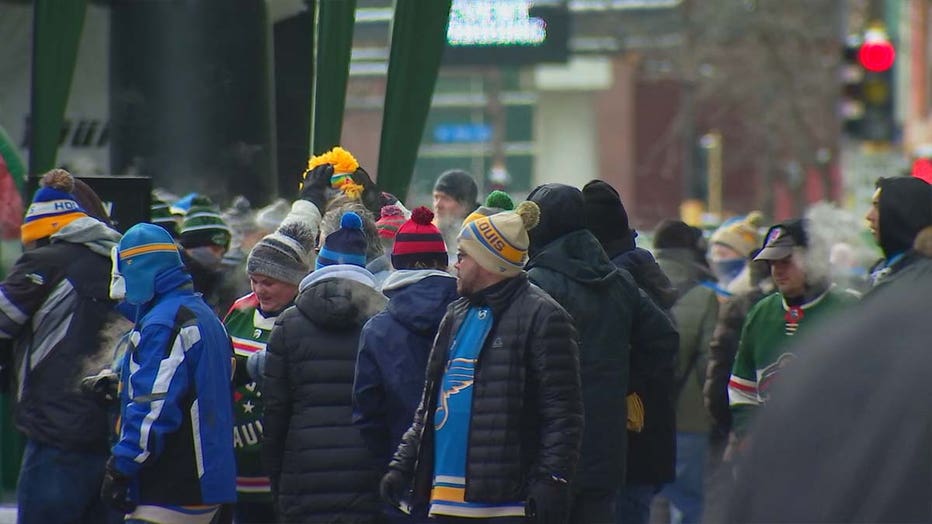 Many Blues fans in town either drove eight hours or flew into town, some dealing with flight cancellations. They were determined to make it, even with a forecast determined to send them running back home.

"I got to be honest, I was not excited when I heard what the temperatures are going to be," Blues fan Ron Baechle said. "But it’s all about the experience, about the fun, about the camaraderie and the greatness of the game." 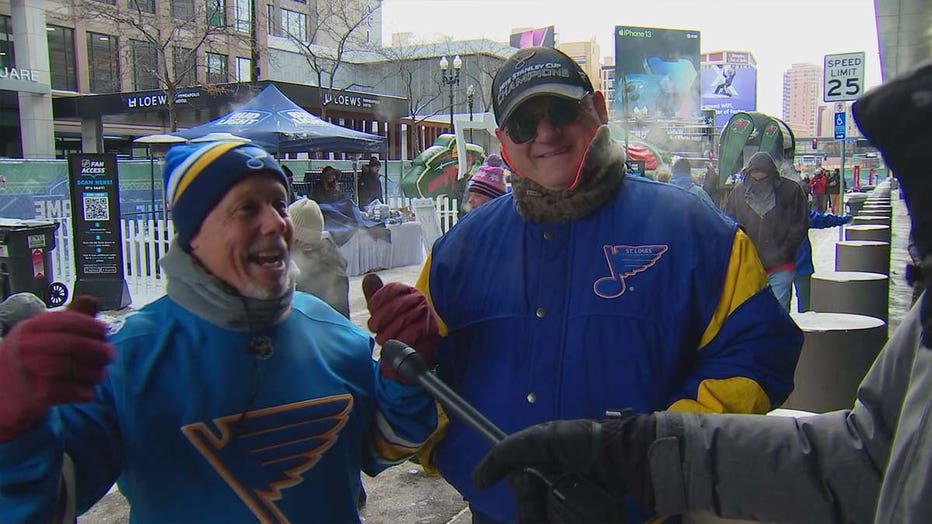 It’s so cold in Minnesota this weekend even the ice the players skate on will have to be heated, in order to maintain an optimal surface.

At the game, blankets will be allowed inside the stadium and hand warmers will be provided for fans.

"[It’ll be] a little cold, but that’s what the winter classic is all about," Blues fan Jeff Lahay said. "It’s not a summer classic, it’s a winter classic."

Winter Classic will go on in Minneapolis despite brutal cold

Jim Rich got an up close preview of the Winter Classic on Thursday at Target Field.