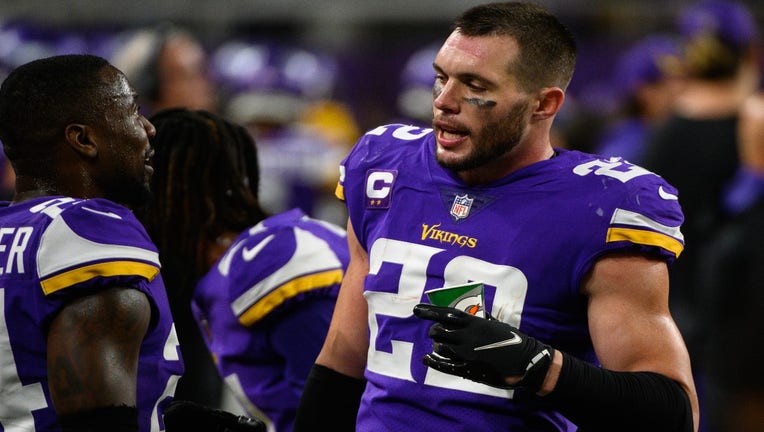 MINNEAPOLIS - The Minnesota Vikings appear to be getting back to full strength in the secondary as one of the most prolific offenses in the NFL comes to U.S. Bank Stadium on Sunday.

The Vikings on Wednesday activated Harrison Smith from the reserve/COVID-19 list. They also activated defensive back Patrick Peterson from injured reserve.

Smith tested positive for COVID-19 before the Vikings’ loss at the Baltimore Ravens, and had to miss at least 10 days, following NFL protocols for non-vaccinated players. Smith also missed last Sunday’s win at the L.A. Chargers. Vikings coach Mike Zimmer said he expects Smith to practice Wednesday as the team starts its preparation for the Packers.

Peterson has missed the last three games with a right hamstring injury suffered in the team’s overtime win over the Carolina Panthers. He suffered the injury running with DJ Moore on a deep pass. He was placed on IR a day later.

Peterson said Tuesday on his "All Things Covered" podcast that he feels great, and expects to be back on the field this week against the Packers. Having Smith and Peterson back in the secondary would be a big boost in defending Aaron Rodgers. In nine games this year, Rodgers is completing 66.4 percent of his passes for more than 2,100 yards, 17 touchdowns and just four interceptions.

Most importantly, the Packers have a firm grasp of the NFC North Division lead at 8-2. The Vikings are next at 4-5.

The Vikings also activated center Garrett Bradbury from the reserve/COVID-19 list on Tuesday after missing two games. Bradbury practiced with the first-team offense at a walk-through Wednesday morning at TCO Performance Center.