WATERTOWN, Minn. (FOX 9) - The FOX 9 Town Ball Tour continued Wednesday with its fourth stop of the season at Highland Park in Watertown, Minnesota - home of the Watertown Red Devils.

Watertown, located on the Crow River in Carver County, was incorporated in 1851 and has a population of nearly 4,500 people. The Red Devils hosted the Plato Blue Jays under the lights at Highland Park, which was one of the first ballparks in the area to get lights - and those light poles are the originals that were put up back in 1948.

The Red Devils were able to pull out a 5-1 win on Town Ball night, holding a shutout until the final inning.

On FOX 9’s Town Ball Tour we visit Watertown this week as Karen Scullin learns more about its history that involving close community and farming.

Watertown Manager Jared Duske and Outfielder Patrick Tschida break down the Red Devils season, and their preparations ahead of tonight's game vs. Plato.

Fox 9 Town Ball Tour: The Voice of the Red Devils

PA Announcer for the Red Devils, Steve Hangardner talks about his involvement with the Watertown Town Ball team, and his love for the game.

As the players take the field, it takes a lot of planning to make sure everything behind the scenes comes together flawlessly. That's where VP, Brad Johnson steps in. 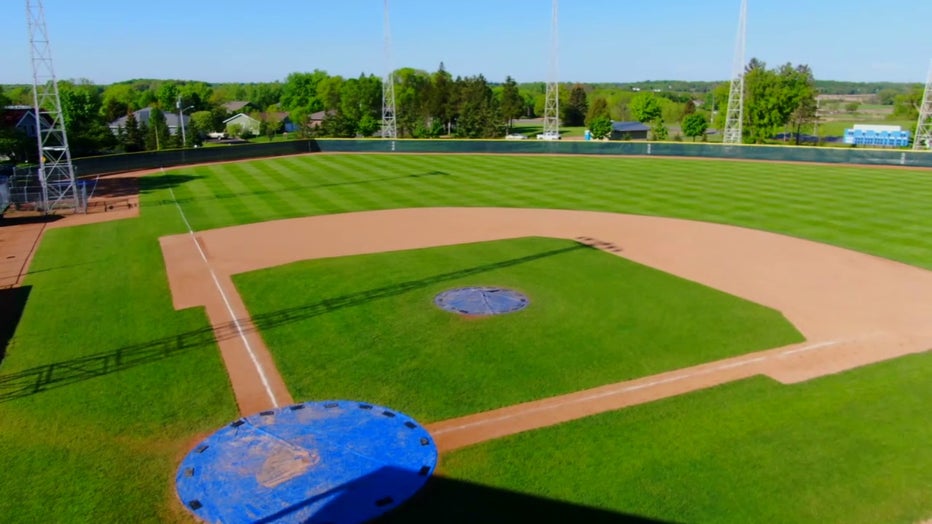 Watertown's Highland Park was among the first ballparks in the area to have lights. The light poles at the ballpark are the originals that were put up back in 1948.  (FOX 9 / FOX 9)

A tour of Watertown, Minnesota

Meteorologist Ian Leonard was helping the grounds crews in Watertown out as FOX 9 made a Town Ball Tour stop on Wednesday.

The Duske family is a big part of Watertown, our Town Ball stop this week.

Watertown might not have a Target Supercenter, but there’s many stores to find what you need. FOX 9’s Karen Scullin visits a few of them as part of this week’s Town Ball Tour.