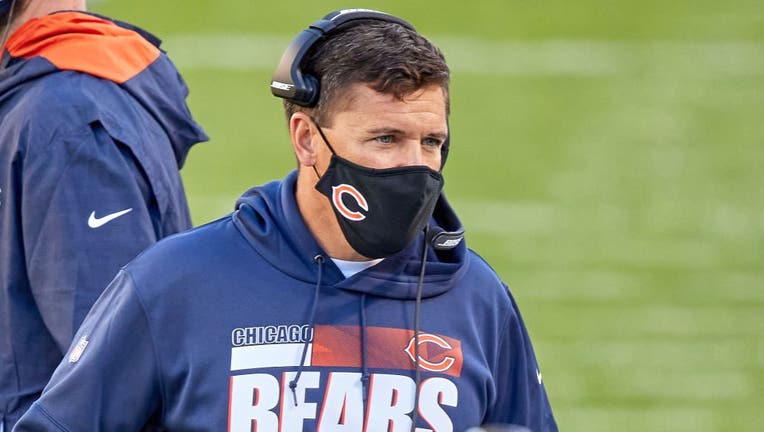 CHICAGO, IL - OCTOBER 04: Chicago Bears Offensive Coordinator Bill Lazor looks on in game action during a NFL game between the Chicago Bears and the Indianapolis Colts on October 4th, 2020, at Soldier Field in Chicago, IL. (Photo by Robin Alam/Icon S

LAKE FOREST, Ill. - The Chicago Bears announced Thursday all three of the team's coordinators have been placed in COVID-19 protocol.

All of Chicago's professional sports teams have been grappling with positive coronavirus tests in recent weeks.

Coming off a 45-30 loss to the Green Bay Packers, the Bears will host the Minnesota Vikings on Monday Night Football at 7:15 p.m.

Chicago Bears coach Matt Nagy denied a report on Tuesday stating he would be fired after the team's Thanksgiving Day game against the Detroit Lions.