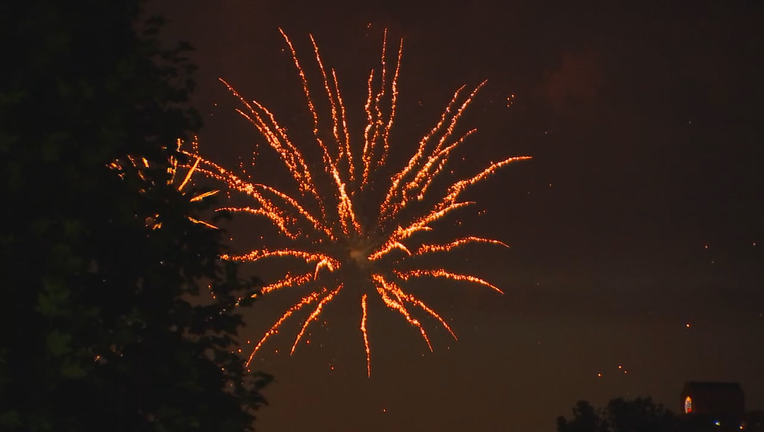 (FOX 9) - Without public fireworks shows this Fourth of July due to COVID-19, the State Fire Marshal’s office is asking Minnesotans to take extra care if they choose to use legal fireworks on their own this weekend.

According to the State Fire Marshal Division, Minnesota firefighters are “bracing for an uptick in fireworks injuries and property damage,” this year because they anticipate Minnesotans will try to create their own fireworks celebrations.

Flying or exploding fireworks are illegal in Minnesota, but smaller fireworks like sparklers can also be dangerous. The Fire Marshal’s Office says sparklers burn at up to 1,200 degrees.

In 2019, 59 people were hospitalized with fireworks injuries, 43 percent of whom were age 19 and under. Kids 9 and under accounted for 16 percent of fireworks, too.

At Hennepin Healthcare’s Burn Center, Dr. Ryan Fey said fireworks can not only cause bad burns, but other injuries due to explosive force.

“This can result in severe permanent disability ranging from loss of hands, eyes, or large wounds,” Fey said. “Without question, these are preventable injuries.”

Officials also expressed concern about property damage as fireworks caused $190,351 in damage to homes and structures in Minnesota last June and July.

Fireworks can only be used on private property and not in streets, alleys, parks or school and government property.

Instead of fireworks, the State Fire Marshal is recommending Minnesotans decorate their driveways and sidewalks with colorful chalk art as an alternative.

Here are some recommendations from the State Fire Marshal’s Office about fireworks:

What’s legal in Minnesota and what isn’t?

See the SFMD’s complete list of legal and illegal fireworks in Minnesota.

Q: Are there age restrictions on fireworks purchase and use?

A: To purchase fireworks in Minnesota, customers must be at least 18 years old.

Q: Where can I use fireworks?

A: State law says that fireworks may only be used on private property. It is illegal to use fireworks on public property, including streets, parks, alleys, schools and government property.

Q: What are the penalties for illegal fireworks possession?