Wife caring for husband with dementia gives advice to caregivers

Carl and Carolyn Oldani’s marriage is a love story still writing its vows of devotion. "He was an incredible writer," said Carolyn talking about the love letters and notes Carl has written to her over the years. "His letters, his journals, his writings are amazing."

"He was an incredible writer," said Carolyn talking about the love letters and notes Carl has written to her over the years. "His letters, his journals, his writings are amazing."

Carolyn believes Carl missed his calling. They’re both engineers, but the marriage and the family they built is as tight and focused as a well-written book.

And like any good story there’s a plot twist. In the Oldani’s book of love, the twist came seven years ago while making a simple meal in the kitchen.

"He's a fantastic chef," Carolyn recalled while explaining Carl’s many talents. "And he was attempting to make something that was incredibly familiar to him, a family recipe that he had committed to memory he had done many times, and he was struggling with it."

The episode led them to consult with their family doctor who referred them to a neurologist at the University of Minnesota. As a part of the examination, Carl was asked a series of multiple-choice quizzes.

"They're sort of testing different regions of the brain. And I was really struck by how with certain sections of the test he really struggled," remembered Carolyn. But the defining moment came with what’s referred to as the clock test. 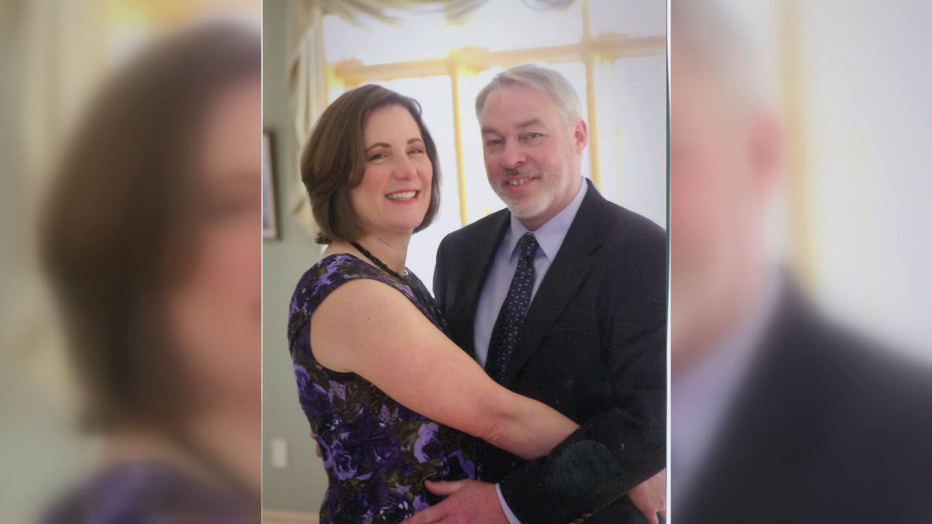 Carl was diagnosed with dementia. They’ve now been living with progressive brain disease for seven years that has robbed Carl of not just his memory, but of his ability to walk and feed himself.

He is now in home hospice with Carolyn as his primary caregiver.

"He was a stay at home dad for many years. So he was he taught me how to be a caregiver," said Carolyn.

She is far from alone. The Alzheimer’s Association’s data shows there are 171,000 unpaid caregivers of Alzheimer’s patients in Minnesota. Most are family members.

About 35% report that their own health has suffered as a result of their caregiving responsibilities, and it’s exactly why Carolyn volunteers with the Alzheimer’s

Association to counsel families on the challenges they will face in caregiving. She’s come up with four main pieces of advice.

Find time to get sleep

Carolyn has found the biggest casualty of caregiving is sleep. She describes caregiving for someone with Alzheimer’s and dementia as being similar to caring for a newborn baby. Often times the patient can wake up a number of times a night and need attention. During the day, that same loved one can also need direct attention depending upon their needs and the stages of their disease.

"I think the number one reason why caregivers burn out is they don't get enough sleep, they don't have enough support," said Carolyn.  It’s why she advocates for caregivers to find the time preserve their own restfulness.

Part of the reason why caregivers don’t get enough rest is because they’re stretched too thin. It’s why Carolyn also implores caregivers to build a strong network of family, friends and neighbors to pitch in and help where they can.

"It really does take a village," Carolyn emphasized. "And that support needs to have both professional elements like social workers and therapists and clergy, but also family, friends, neighbors. People want to help. And if you create this strong network, the burden doesn't fall on any one person and people are glad to help."

Focus on your own mental health

Carolyn says the caregiver’s mental health is the third leg of the stool. Without taking the time to care for one’s self and their own wants and needs, everything else will fall apart. It’s especially crucial because so much time is spent at home caring for their loved one.

"I was very intentional about developing new activities that I could do in the home," explained Carolyn. "I love to sew, I love to read. I'm doing my fitness in front of the computer, and I really try to think about activities that are not just fun to do, but support my mental health."

She said caregivers need think about mental health on an ongoing basis much like nutrition and fitness.

Don’t be afraid to see a therapist

Many Alzheimer’s and dementia patients can live with the disease for years. But the progressive nature of the disease continually robs a person of more cognitive ability and more bodily functions.

At every stage, grief can become as powerful of an opponent as the disease. In the seven years since Carl’s diagnosis, Carolyn is not afraid to admit that she goes through cycles of loss with every change in Carl’s condition.

The temptation, she says, is to simply forge ahead and push down one’s feelings.

Speaking of her own therapist, Carolyn said, "She helps to surface them without getting into chaos because that’s what you’re trying to avoid is feeling like you’re in crisis."

Carolyn believes that social workers, clergy and therapists are essential because medical doctors can only do so much to treat the disease.

"They help you with living your life and addressing the grief, sorrow and loss," she said.

This is where the Alzheimer’s Association can help families and caregivers. They offer a 24-hour helpline at 800-272-3900. Each state chapter has a number of support groups and resources to help.  The Minnesota-North Dakota chapter has links to resources here.

Caregiving is challenging. But for both Carolyn and Carl, it’s a part their loving devotion.

"Once I met Carl, he was my holidays. He always came first and he always will," said Carolyn. "I continue to be his wife and I continue to do with him the things that we've always loved to do. It's just in a more limited way."

Her caregiving for Carl is just another chapter in a love story that for the moment is still writing its ending.

"So it's just a profound privilege to take care for him. And I love him dearly."