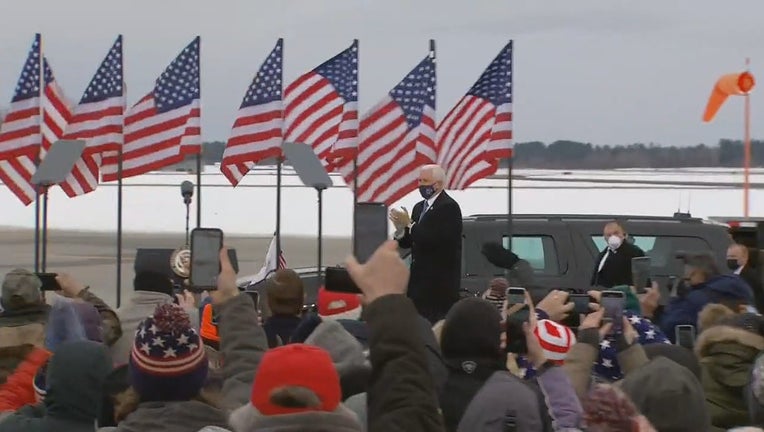 VP Mike Pence spoke to a crowd of more than 600 people in Hibbing, Minnesota Monday.

(FOX 9) - The presidential campaign turned once again to Minnesota as Vice President Mike Pence traveled to Hibbing for a rally at the airport.

President Trump won the Iron Range by 16 points in 2016, and his campaign is trying to drive votes in increasing numbers this year.

The vice president told voters that they needed to head to the polls as if their lives and jobs depended on it.

“From the beginning, President Donald Trump has been fighting to open up the Iron Range. This president went straight to work not just to protect mining but to protect the way of life that has defined this great part of the country for so many years."

Vice President Pence spoke to a crowd of more than 600 people, which exceeded the state’s limit of 250 amid the COVID-19. Recently, campaign events have drawn criticism for a lack of mask-wearing and social distancing. When Governor Tim Walz was told about today’s turnout, he said he was “deeply disappointed” as the state continues fighting the spread of COVID-19.