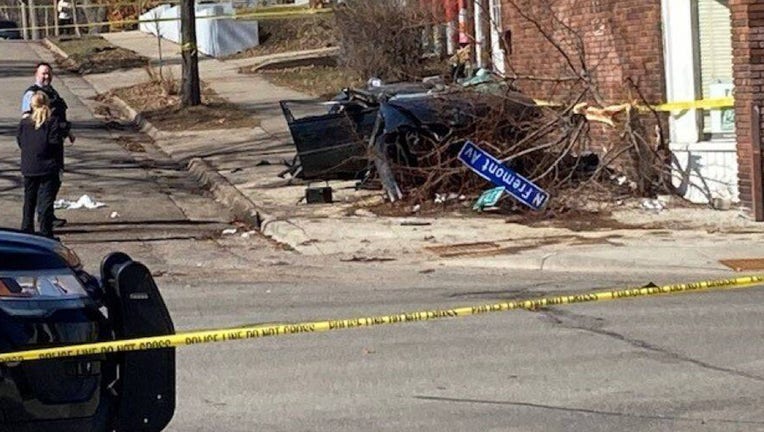 MINNEAPOLIS (FOX 9) - An unlicensed teenage driver is facing charges for allegedly crashing a sedan into a building in Minneapolis in March, leaving a 15-year old boy dead and herself paralyzed.

The crash occurred the morning of March 11 at the intersection of Fremont Avenue North and 37th Street. According to the charges, Jones was driving a Buick Regal at 71 mph in a 25 mph-zone when she lost control, hit a curb, then an embankment and went airborne, eventually slamming roof-first into the brick wall of a building. The collision caused the roof of the sedan to collapse, trapping her and her two passengers inside.

All three people in the vehicle, Jones, Lee and another boy, were taken to the hospital.

Lee, who had been sitting in the front passenger seat, died at the hospital five days later. Jones was paralyzed from the chest down and suffered two collapsed lungs and a laceration to the head as a result of the crash, the charges say. The other passenger, who was in sitting in the backseat, fractured his patella and left clavicle and suffered multiple fractures along his spine.

The investigation found Jones did not have a valid driver’s license at the time of the crash. She also told officers she had taken her vehicle to be repaired several days prior to the crash because there was an issue with the power steering.