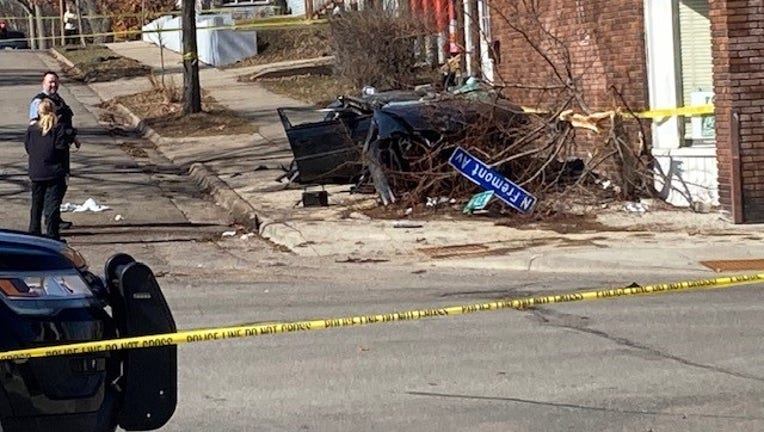 MINNEAPOLIS (FOX 9) - A 15-year-old boy who was hospitalized after the vehicle he was in crashed into a building in Minneapolis’ Folwell neighborhood last week has died.

Daviegh Lee was one of three people taken to North Memorial Health Hospital following the crash at North 37th Avenue and North Fremont Avenue on March 11. He died at the hospital on Tuesday afternoon from "complications from blunt force injuries" sustained in the crash, according to the Hennepin County Medical Examiner’s report.

The crash occurred around 10:23 a.m. The Minneapolis Police Department said a black sedan was traveling at a high rate of speed north on Fremont Avenue North when the driver lost control and struck the berm, causing the sedan to go airborne and crash into a nearby building.

All three people in the vehicle, a woman and two boys, were taken to the hospital.

MPD spokesperson John Elder said Thursday extreme speed and reckless driving are preliminary factors in the crash, which is still being investigated.