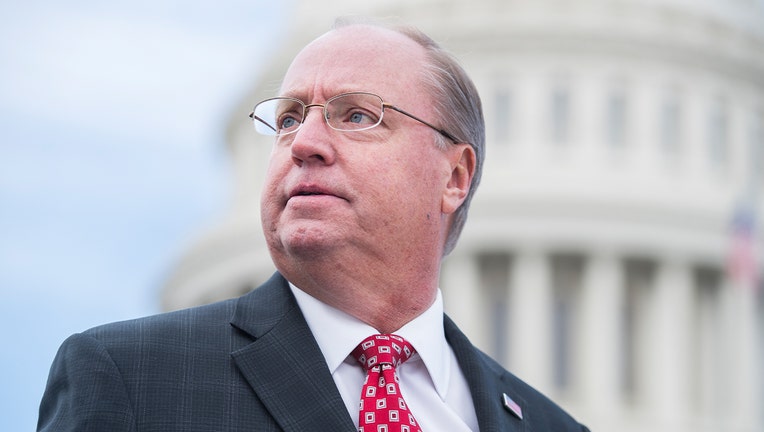 Rep.-elect Jim Hagedorn, R-Minn., is seen after the freshman class photo on the East Front of the Capitol on November 14, 2018.  (Tom Williams/CQ Roll Call / Getty Images)

The congressman said in a statement his symptoms are "very mild," but he is at the Mayo Clinic as a precaution because he is undergoing treatment for kidney cancer.

Hagedorn said he is vaccinated.

"Today’s news will not stop me from fighting for America and the people of Minnesota’s First Congressional District," he said. "Thanks to all who have offered their encouragement, prayers, and understanding."