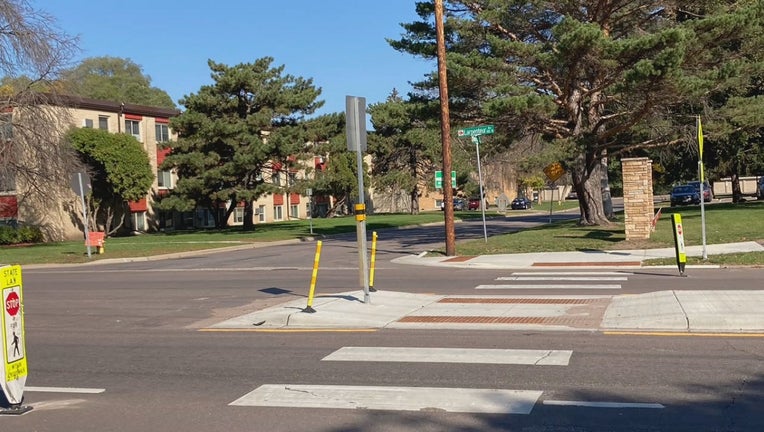 (FOX 9) - A study released this week by researchers at the University of Minnesota Department of Mechanical Engineering shows how low-cost reminders to drivers about pedestrian safety can lead to more drivers yielding.

This spring, researchers at the HumanFirst Lab chose 32 high-traffic intersections across Minneapolis and St. Paul to study. Every day, during rush hour traffic, researchers would monitor each intersection and record how often drivers stopped for pedestrians.

A study wrapped months-long up by researchers at the University of Minnesota Department of Mechanical Engineering this week shows how low-cost reminders to drivers about pedestrian safety can lead to more drivers yielding.

"We’re really immersing ourselves in the community to get a firsthand account of what it’s like to be a pedestrian in the Twin Cities," said the lead researcher for the project, Nichole Morris.

Morris says she and her team used signage, barriers, and markings on the road to remind drivers to stop for pedestrians using crosswalks.

"What we noticed was the low-cost treatments we applied to our signalized and un-signalized intersections really did improve driver’s response to the Minnesota crosswalk law and made them more mindful of stopping for pedestrians in the crosswalk," Morris said.

As part of the study, they also put up signs letting drivers know how often their peers in the same area were stopping for pedestrians.

"What this does is it shows people what their peers are up to," Morris said. "So we were updating these signs every single week with the data we were getting from our study, so it was really fun to share with the community in real-time what we were learning in our study. It was a powerful tool to encourage that good behavior."

Preliminary results of the study show, at best, drivers in Minneapolis stopped for pedestrians 48 percent of the time. In St. Paul drivers stopped 68% of the time.

"To be honest, I was a little surprised about the difference between St. Paul and Minneapolis," Morris said. "I think what it really told us is how local traffic safety culture can be."

Morris says some reasons why St. Paul scored better is because of the signage they use at their crosswalks and because of city efforts to educate the public on pedestrian safety. She says she was surprised to see how quickly drivers in Minneapolis responded to the signage and other mitigation efforts they used.

"It did seem like Minneapolis started to make some improvements so it really shows us that what’s happened in St. Paul is possible to replicate in other cities," Morris said.

The study goes hand-in-hand with the state’s "zero deaths" pledge. Learn more about the pledge by clicking here.