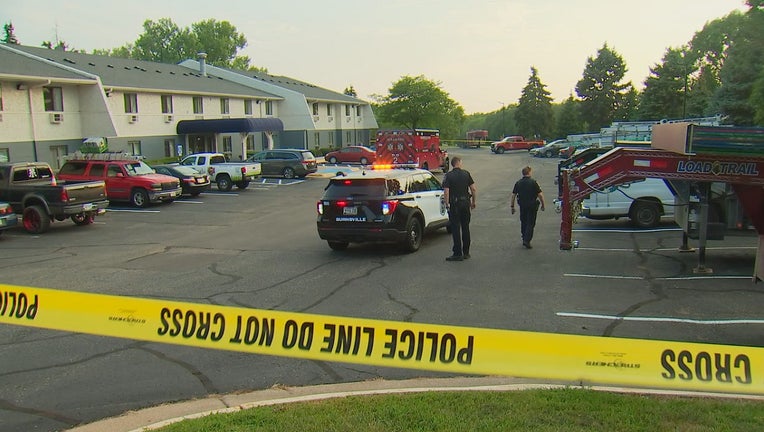 A man is dead after a shooting on Friday in Burnsville. (FOX 9)

BURNSVILLE, Minn. (FOX 9) - A 24-year-old Texas man was charged in connection to a fatal shooting at a hotel in Burnsville, Minnesota last week.

According to the Dakota County Attorney's Office, Ricky Elroy Ramirez of Houston was charged with one count of second-degree murder in the shooting death of 37-year-old Sheldon Williams at the Burnsville Inn & Suites.

At about 6:30 p.m. July 23, officers responded the hotel at Burnsville Parkway and Aldrich Avenue South on a reported shooting. When they arrived, officers found a man, later identified as Williams, dead in a hallway and Ramirez standing nearby. He was taken into custody.

Authorities spoke with witnesses, including Ramirez' girlfriend and his father. His girlfriend said they were in town for work and Ramirez was acting normal until July 22, when he started saying he was concerned the government was coming after him and that someone was chasing him.

According to the attorney's office, when officers arrived on scene, they found Ramirez standing in the hallway, with a gun near his feet. While being handcuffed, Ramirez told officers, "right door last end, they have an AR and 100 more."

Williams had just stepped out of his room when he was reportedly shot by Ramirez. He did not appear to be armed.