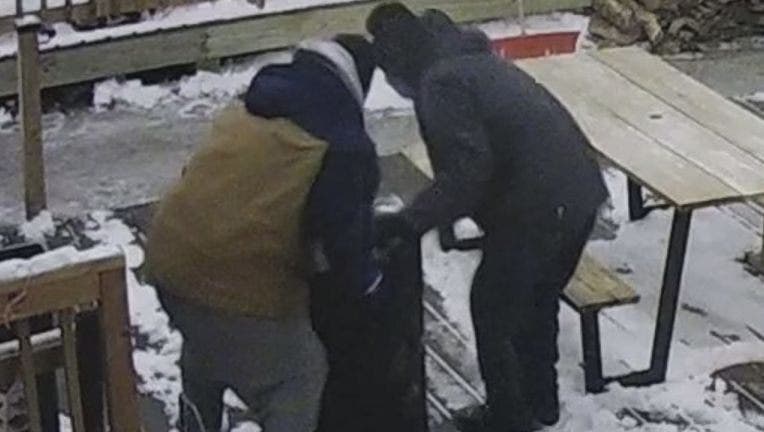 Thieves break into a safe owned by The Gnome restaurant in St. Paul. (The Gnome)

"We have a lot of work in front of us," said Carter. "This is a top priority for both our police department and our entire administration."

Carter put a large amount of blame on the pandemic, citing high unemployment.

"We have more people unemployed, hungry, and homeless right now than ever before in our lifetime and those are always the factors that influence neighborhood crime," he said.

But Ingram says it’s a weak excuse considering the suspect arrested in the robbery of his business has a lengthy felony record spanning more than two decades.

According to St. Paul Police, Earl York, 57, was arrested Thursday and charged with third degree burglary. Police say his record includes at least 23 prior felony convictions, including 16 burglaries. He is also being investigated in connection to several other recent incidents.

"Career criminal robs us, and you’re talking about COVID and all this nonsense?" said Ingram. "You don’t learn how to break into a business and get in and out in four minutes just during COVID. That’s not true."

In a Facebook post, the Ramsey County Deputies Federation blamed the court system, saying they had arrested York in a string of robberies last summer but charges were dismissed.

"We support and agree with local business owner Brian Ingram! Unfortunately, all too often, we see repeat offenders released from custody with little, if any, consequences," the post said.

"A public safety system that only focus on emergency response—after someone calls 911, after something terrible has happened—is just not sufficient," said Carter.

Ingram, who has received backlash for speaking out about safety concerns, says he needs immediate help.