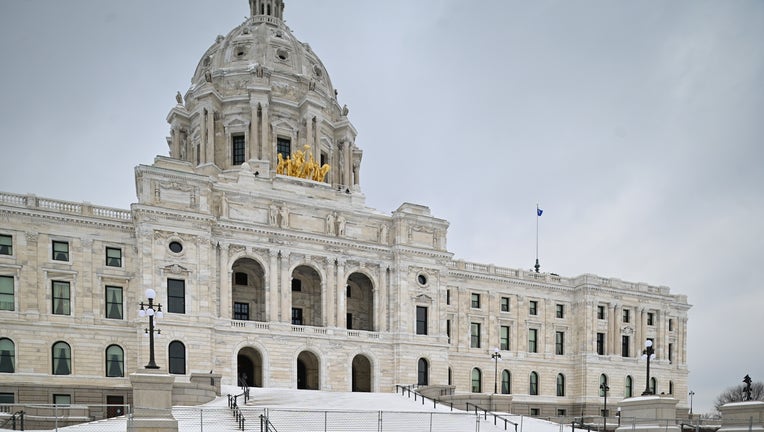 ST. PAUL, Minn. (FOX 9) - Security restrictions are in place at the Minnesota State Capitol ahead of possible protests over the next several days leading up to President-elect Joe Biden’s inauguration next week.

The Minnesota Department of Public Safety is asking people who do not have a planned activity or business at the Capitol to consider visiting at another time, according to a news release.

Security restrictions are in place at the Minnesota State Capitol ahead of possible protests over the next several days leading up to President-elect Joe Biden’s inauguration next week.

DPS says some of the security measures will be visible to the public, but not all. People should expect to see State Patrol troopers, Department of Natural Resources conservation officers and National Guard soldiers patrolling the Capitol. The fence that was put up around the Capitol during the unrest over the summer remains in place.

There will also be traffic restrictions in place around the Capitol. Foot traffic will be allowed, but only state agency employees, contractors, deliveries and those will official state business will be able to drive in the restricted area.

Walz will call up National Guard ahead of potential protests

The governor of Minnesota is calling the National Guard to deal with possible armed protests at the state capitol.

Gov. Tim Walz activated the Guard on Wednesday in response to an FBI bulletin warning of planned armed protests at all 50 U.S. capitals, including Minnesota's, following last week's insurrection at the U.S. Capitol Building in Washington, D.C.

DPS is asking people to report suspicious activity near the Capitol to 911.