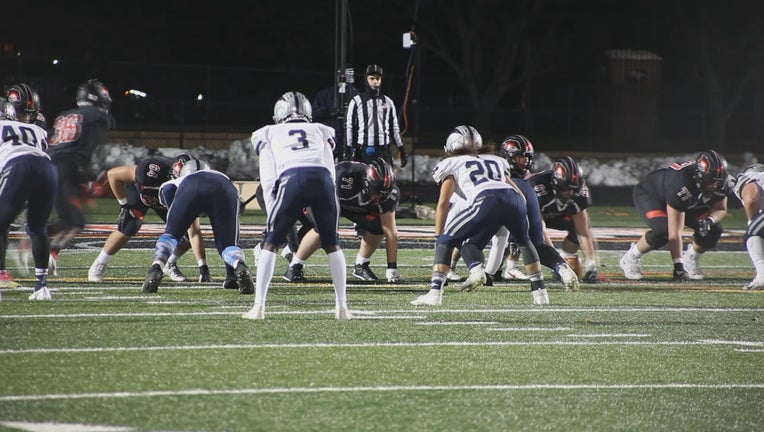 Friday will be the final night for fall sports at Minnesota schools as new restrictions for COVID-19 take effect. (FOX 9)

(FOX 9) - One of the dial-back measures going into place starting Friday is a four-week pause on youth sports, which will put an end to the already shortened high school football and volleyball seasons.

For the athletes playing in their final games on Friday, it was an emotional night. It’s been a busy few days for athletic directors around the area, some having to reschedule games or try to move things around so the seasons can be wrapped up by Friday.

One of the dial-back measures going into place starting Friday night in Minnesota due to the pandemic is a four-week pause on youth sports, which will put an end to the already shortened high school football and volleyball seasons.

The governor's four-week pause, announced on Wednesday, is meant to lower COVID-19 numbers and reduce outbreaks. The Minnesota Department of Health has said 10 percent of all cases in state schools are associated with youth sports.

"When he made the announcement, I kind of saw it coming, but it still hit me and this is going to be my last game so it’s sad," said Shakopee senior David Bigaluette.

"We're hoping it’s only going to be four weeks and, if it is, it's just a minor speed bump in the grand scheme of things," said Shakopee Athletic Director Matt Hanson.

Athletic directors that we spoke with tell us they are not surprised by the governor's order, and understand the move but are just disappointed for the athletes and coaches who have put in a lot of work. They said student-athlete reactions have been mixed.

"Disappointment, but understanding the decision... being content with just getting the opportunity to have a season and being upset behind the fact the teams were unable to complete the entire season," said Minneapolis Director of Athletics Antony Fisher.

Several schools will have coaches and athletes meet virtually through the upcoming four-week pause as a way to stay connected.