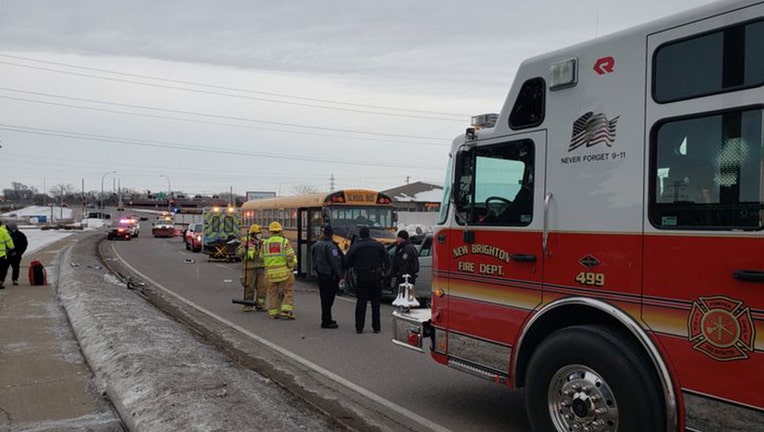 Authorities were dispatched to a report of a head-on crash involving a vehicle and school bus in New Brighton.

NEW BRIGHTON, Minn. (FOX 9) - During the afternoon commute in New Brighton yesterday multiple agencies were dispatched to a report of a head-on crash involving a vehicle and school bus.

At approximately 4 p.m. units from the New Brighton Department of Public Safety, Allina Health Emergency Medical Services, as well as, the Roseville police and fire departments were dispatched to the 400 block of West County Road D.

Crews arrived at the scene and located the driver of the vehicle, who was trapped and injured in a van before being extricated by fire crews and transported by North Memorial Health.

The 21 students on the bus from Mounds View High School were all relocated to an adjacent office building due to the cold, and one student was transported to a local hospital with non-life threatening injuries. All additional students were picked up by their parents or transported by an additional school bus.

The Minnesota State Patrol responded to the scene and will be completing an accident reconstruction.