In the wake of several incidents involving guns on school premises, parents and community members within the Robbinsdale area are calling on school district officials to craft a new safety policy to address their concerns.

ROBBINSDALE, Minn. (FOX 9) - Tensions were high at a Robbinsdale School Board meeting Monday, as parents and teachers confronted school board members about recent gun incidents at area schools.

The public meeting drew a large crowd, as school board members faced questions about the district’s gun policies.

In the span of one week, district officials confirmed three separate gun incidents at two middle schools. None of which were immediately reported to the police. 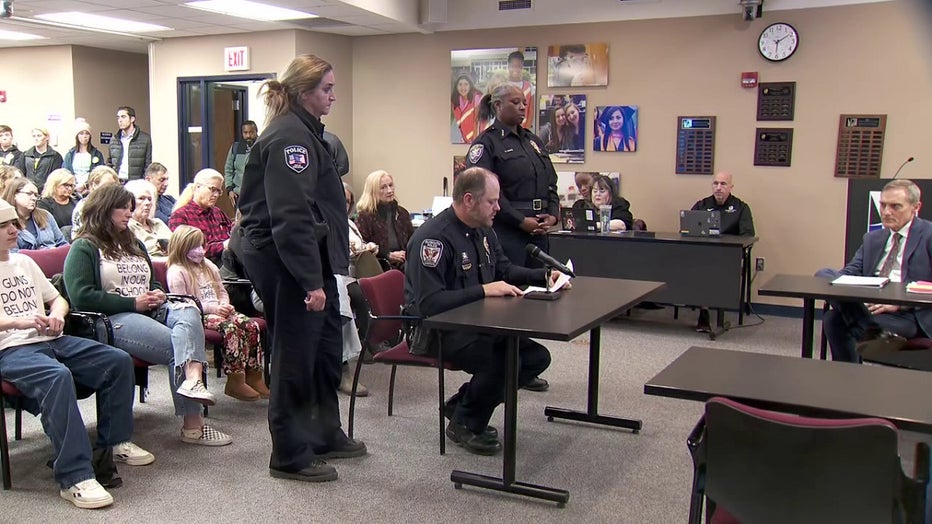 Director of Public Safety for the city of Plymouth Erik Fadden. (FOX 9)

"You have failed the students and staff," said mother Kim Holmes.

"In any incident when there might be a gun in a school. 911 is the only answer," said Fadden.

Parents first expressed concern when a video started circulating on social media last week showing a student at Sandburg Middle School in Golden Valley holding what appears to be a gun in a school bathroom.

The school says they were made aware of the incident that same day, but parents weren’t notified until five days later. Golden Valley Police say they found out about the incident through the news media.

The board took up proposed changes to the school’s weapons policy at Monday’s meeting, and the superintendent admitted the district needed to do better.

Parents in the Robbinsdale School District are voicing new concerns after another gun was reported on the campus of one of their schools. This now marks the third incident to allegedly take place in the district over the course of one week.