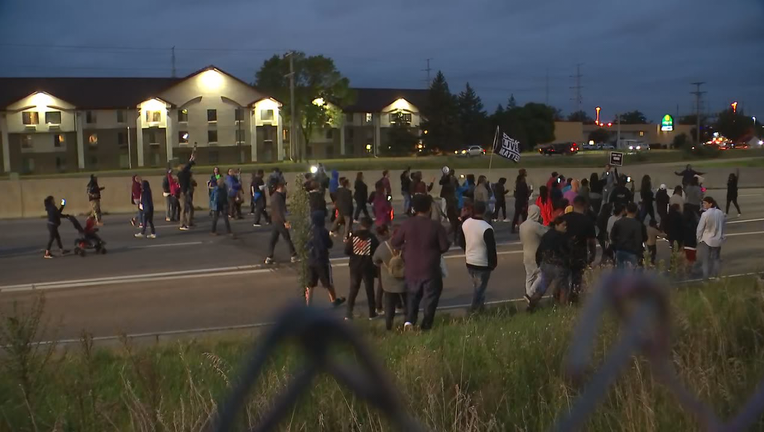 Protesters stand on 494 after the start of Sunday evening's vigil.

RICHFIELD, Minn. (FOX 9) - Protesters blocked traffic on 494 in Richfield Sunday evening following a vigil for an officer-involved shooting in the city.

Officials say 30-year-old Brian Quinones was shot and killed by police after a chase around 10:30 p.m. on Saturday evening.

Protesters block traffic on 494 after officer-involved shooting in Richfield

The moments leading up to the officer-involved shooting were captured on a Facebook Live video that was started by Quinones. The video appears to start minutes before officers tried to pull him over.

In the video, officers begin pursuing Quinones -- who seems to remain calm but doesn't stop -- not long after the video starts. Police say the chase started in Edina and ended near 77th Street East and Chicago Avenue in Richfield.

At that point, the video shows Quinones jump from the vehicle -- with what appears to be a weapon in his hand -- and seconds later gunshots are heard. In a statement Sunday night, Edina officials say shots were fired after Quinones confronted officers with a knife. 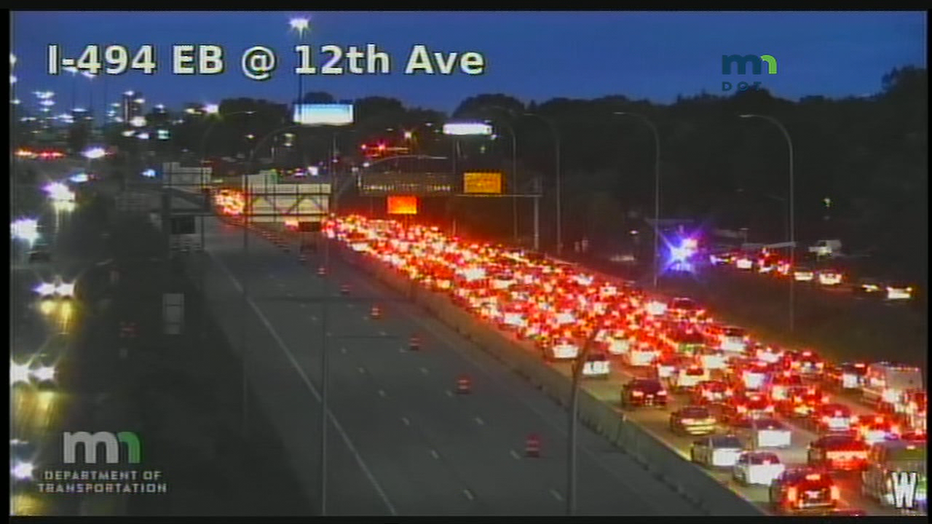 We're told Richfield and Edina officers were involved in the incident but it's not clear which department fired shots.

A vigil was held in Quinones' memory near the shooting scene around 6 p.m. According to a Facebook event, members from Black Lives Matter and other advocacy groups took part in the candlelight vigil along with members of Quinones' family.

After 7 p.m., protesters moved from the shooting scene toward Portland Avenue and the 494 ramps. On 494, protesters blocked cars from moving, creating a substantial back up along the highway headed east for about a half-hour. Shortly after, the protest moved back off the roadway and towards the shooting scene.

The circumstances of the shooting are being investigated by police. Few details about the incident have been released by officers.