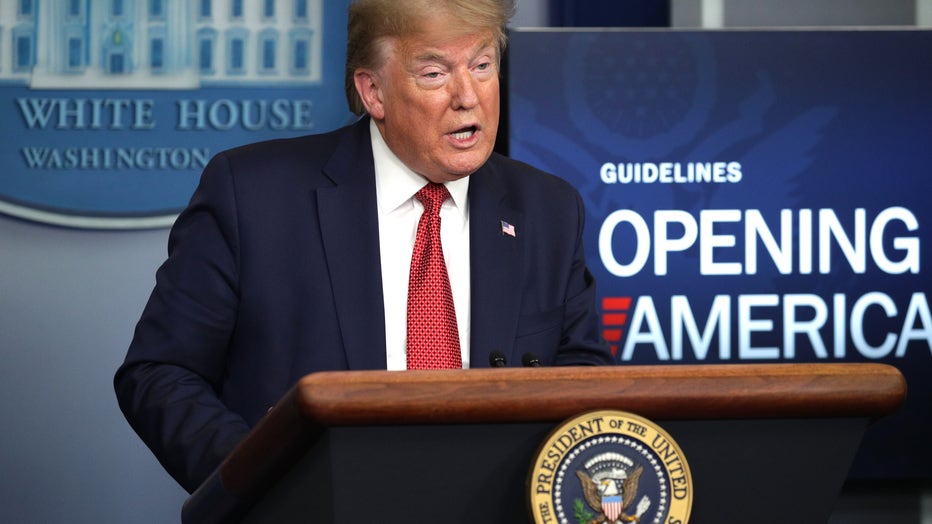 The slogan "Liberate Minnesota" is being used by pro-Trump protesters who will be outside Gov. Tim Walz's home at 12 p.m. Friday calling for Minnesota to be reopened. Trump's own administration has advocated similar social distancing guidelines to the ones Walz has imposed.

Friday afternoon, Walz is expected to announce a limited reopening of outdoor activities. Additional details were not immediately available. Walz, a Democrat, has scheduled a 2 p.m. news conference in St. Paul.

The Walz administration has been asking for input on what industries could safely reopen while keeping social distancing measures in place. The governor has imposed a stay-home order until May 4, which has kept thousands of businesses closed.

Republicans have criticized Walz for being too slow in reopening the state's economy.

The Governor and Sen. Majority Leader debated the merits of the newly renewed stay-at-home order on Twitter Thursday.

As of Friday, 111 Minnesotans had died from the coronavirus. Another 106 people are in intensive care.

Thursday, Walz joined the governors of Wisconsin, Michigan, Ohio, Indiana, Kentucky and Illinois in a pact to decide when to reopen the Midwest economy. The governors did not set a target date but named key factors, including additional testing capacity.