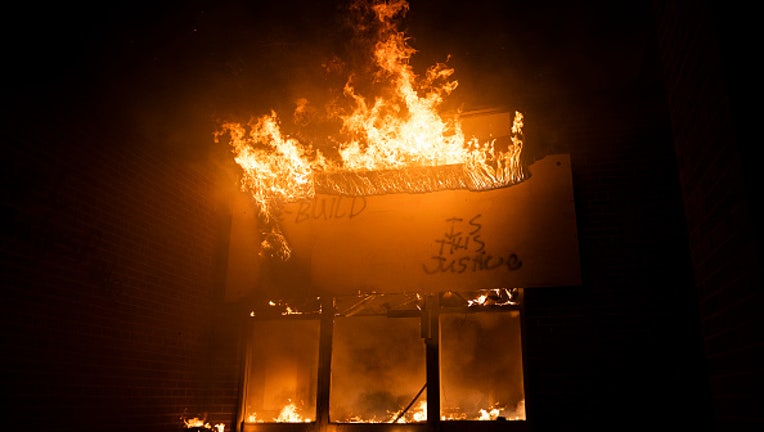 MINNEAPOLIS, MN - MAY 29: A fire burns at a Post Office on May 29, 2020 in Minneapolis, Minnesota. Protests have been ongoing in the state and around the country since George Floyd's death while in police custody on Monday. (Stephen Maturen/Getty Images / Getty Images)

MINNEAPOLIS (FOX 9) - The former Kmart on West Lake Street in south Minneapolis is becoming the temporary home for two post office locations that were destroyed in the May riots, according to the U.S. Postal Service.

The location at 10 W. Lake Street, Suite 102 will serve the customers from the former Minnehaha and Lake Street post office locations. All P.O. boxes from those former locations will be on site starting Nov. 16. Customers are asked to see the window clerk and bring their ID to get their keys. 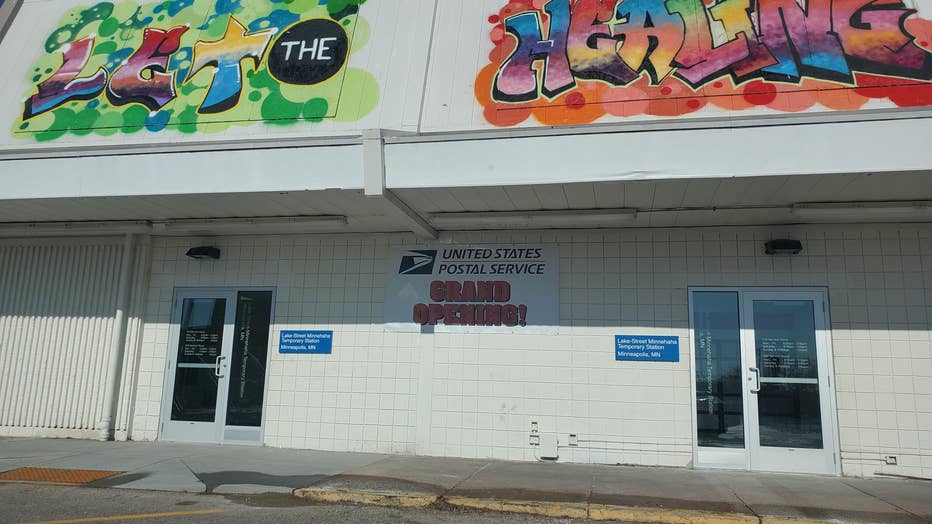 The former Kmart is now the temporary home for two post offices that were destroyed in the riots following George Floyd's death. (FOX 9)

Any mail being held for Lake Street and Minnehaha customers will be sent to the new location. The site will offer full shipping and mail services. Operating hours are 8:30 a.m. to 5 p.m. Monday through Friday and 9 a.m. to 1 p.m. on Saturday.

This new site remains temporary. The USPS says it is looking for more permanent, long-term facilities.