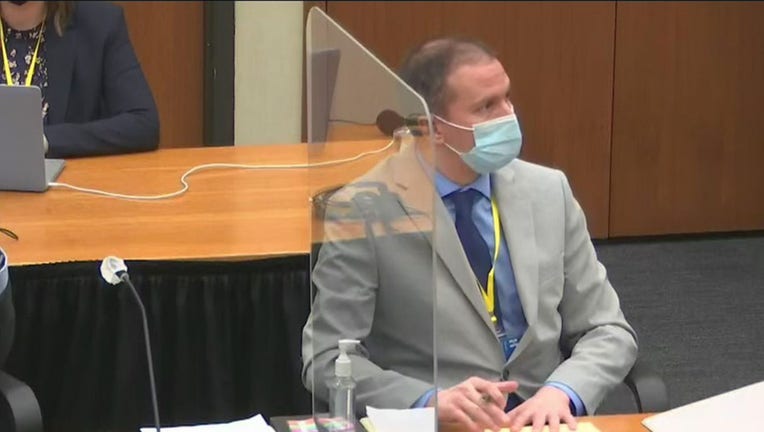 MINNEAPOLIS (FOX 9) - An association representing Minnesota police officers has filed a lawsuit against a Wright County man who was part of the private security detail for the trial of former Minneapolis Police officer Derek Chauvin.

The Minnesota Police and Peace Officers Association (MPPOA) claims Scott Yelle, owner of P1 Protection Services based in Rockford, violated a non-disclosure agreement when he was interviewed by the tabloid television show Inside Edition.

"Defendant Yelle claimed to have first-hand knowledge of Mr. Chauvin’s state of mind and level of remorse from time they spent alone together, matters that, if true, could have a substantial effect on future legal issues for Mr. Chauvin," according to the lawsuit.

The MPPOA claims in the lawsuit that Yelle "was never alone with Chauvin and served mostly as the driver for Mr. Chauvin’s attorney."

As FOX 9 reported previously, weeks before the start of the Chauvin trial the MPPOA learned that Yelle and P1 Protection Services were not licensed by the Minnesota Board of Private Detective and Protective Agent Services and could not operate legally in Minnesota.

Yelle was eventually allowed to participate in the security detail under the license of another company, Recon, which is also named as a defendant in the lawsuit.

The lawsuit not only seeks monetary damages but also an injunction to keep Yelle from continuing to violate the non-disclosure agreement.

During the Inside Edition segment, broadcast on September 13, Yelle said he led the security detail and described the cloak-and-dagger tactics to keep Chauvin and his legal team safe from any "assassination plots."

Yelle told Inside Edition that at one point during the trial he asked Chauvin if there was anything he could do for him.

Chauvin allegedly replied, "You can take me back a year."

Contacted by phone, Yelle told FOX 9 he has not seen the lawsuit.

He said Inside Edition embellished elements of his story in its reporter narration, including the claim that Chauvin travelled to the courthouse in a bullet-proof vehicle.

"I said all vehicles are bullet-resistant and that I could not say more," Yelle said.

"Some sizzle they put on the story wasn’t said by me," he added.

Yelle said MPPOA understood he was not licensed when he was hired.

Yelle said he was "not being painted fairly" by the lawsuit, but he declined to say more.