MINNEAPOLIS (FOX 9) - An association representing Minnesota police officers is disputing an account from a man who claims he was a bodyguard for Derek Chauvin during the former Minneapolis police officer’s trial.

Scott Yelle gave an interview to the syndicated tabloid television show Inside Edition. Yelle claimed to have led the security detail for Chauvin using safe houses, disguises, and other cloak and dagger tactics to protect Chauvin from assassination during the trial. 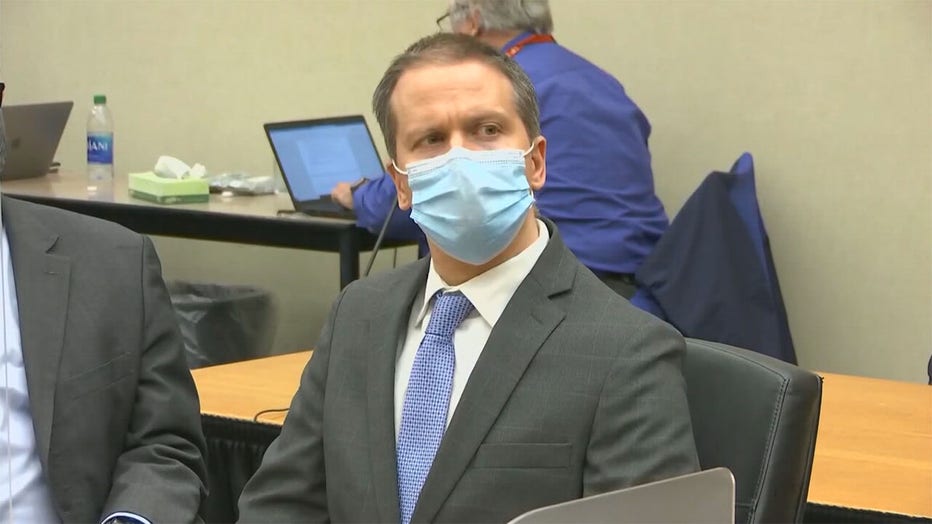 But, the Minnesota Police and Peace Officers Association (MPPOA), which hired the security detail, said Yelle’s account to Inside Edition is inaccurate and they have begun legal proceedings against him.

Yelle was only assigned to provide transportation for Chauvin’s defense attorney, Eric Nelson, and was not considered Chauvin’s bodyguard, Peters said.

"I said, ‘Is there anything I can do for you?' Yelle asked Chauvin, according to Inside Edition.

Yelle said Chauvin replied, "’You can take me back a year.’"

That statement could be used against Chauvin in his pending federal trial.

The MPPOA cut ties with Yelle four months ago after notifying him that he was at risk of violating a Non-Disclosure Agreement (NDA) he signed with MPOAA, when he posted something about the Chauvin trial on his Facebook page.

The FOX 9 Investigators have learned concerns were raised even before the trial began about Yelle’s qualifications and licensure as a private security guard.

Yelle is the owner of P1 Protection Services. The company, based in Rockford, Minnesota, calls itself a "global threat mitigation firm."

On its website, which was taken down Tuesday afternoon, the company claimed "P1 Protection was the lead security team and ONLY credentialed private firm approved to operate within the secured area of the Hennepin County Government Center during State of MN vs. Derek Chauvin trial."

But, FOX 9 has learned P1 Protection Services is not licensed by the Minnesota Board of Private Detective and Protective Agent Services.

Yelle eventually provided security as an employee of another agency, Recon Protection, which is licensed in Minnesota.

Michael Friedrichs, owner of Recon Protection, confirmed that Yelle was a sales, marketing, and security consultant for his company, but said Yelle’s role for the Chauvin trial would be more accurately described as ‘chauffeur.’

"Scott’s only role taking care of Eric Nelson, driving him to and from the courthouse," said Friedrichs. "He did nothing to protector Chauvin or oversee the operation."

Friedrichs added that there was never any intelligence about an assassination attempt on Chauvin.

Yelle, 45, has a criminal history, having plead guilty to a gross misdemeanor of theft by swindle in October 2017.

According to the criminal charge, Yelle sold digital marketing as an independent contractor to 17 clients for $2,791, but never delivered on the advertisements.

Yelle did not serve any jail time or probation for the offense.

Efforts to contact Yelle were unsuccessful. Several phone numbers connected to his businesses have been disconnected.

It is not known whether he was paid for his interview with Inside Edition.