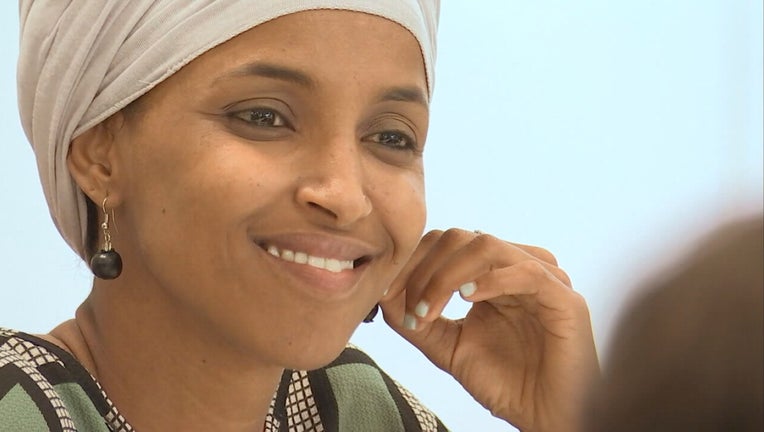 MINNEAPOLIS (FOX 9) - U.S. Rep. Ilhan Omar and two Democratic primary challengers battled over contrasting styles and campaign finance controversies in their first -- and probably only -- debate ahead of the Aug. 11 primary.

The biggest clashes were over campaign finance. For the first time, Omar explained why her campaign had paid more than $606,000 to the Washington, D.C.-based consulting firm run by her husband over a three-week period in July.

"I don’t pay my husband. I pay the firm to do work," the first-term congresswoman told moderators of the WCCO radio debate. "We have this firm really carry out the contractual work we do with other vendors."

The payments were so high in July because the Omar campaign placed its first television ad, she said. Husband Tim Mynett's firm, E Street Group, also placed digital ads and coordinated mailings to be sent to voters in the district, she said.

Omar's campaign has paid E Street Group more than $1 million since the start of 2020, campaign finance records indicate. Omar is responsible for more than half of E Street Group's revenue from political campaigns, according to the tracking website Open Secrets.

Melton-Meaux also faces scrutiny over his own campaign finances. Unlike Omar, the questions are not where the money's going -- it's where the contributions are coming from.

Melton-Meaux raised $3.2 million in the second quarter of 2020, significantly more than Omar. The fundraising haul includes donations from Republicans and GOP-aligned groups.

Omar's allies in Minnesota's labor unions and the DFL have been pounding Melton-Meaux on fundraising questions, putting him on the defensive in Friday's debate.

"These so-called GOP donors they’ve identified have given millions of dollars to Democrats," he said, calling Omar's attacks "quite hypocritical."

The third candidate in the debate, John Mason, is lesser known and has raised little money ahead of the August primary. He said of the incumbent, "really the only one benefiting from Omar is Omar on a lot of things."

But Mason saved his toughest criticism for Melton-Meaux over campaign finance, accusing him of having "sold us out in that regard."

The three candidates disagreed little over policy. They were in lockstep when moderators asked whether they wanted to see major changes at the Minneapolis Police Department after the May 25 death of George Floyd at the knee of a now-fired officer.

"Here in Minneapolis we have a crisis of credibility within our police department," Omar said.

Both she and Melton-Meaux said they wanted cities to divert resources to crime prevention methods, youth intervention and mental health support.

While they have policy similarities, Melton-Meaux accused Omar of having no strategy to accomplish her big policy goals. He cited her $1 trillion "Homes For All" public housing push, saying it lacked a funding mechanism and had few cosponsors in Congress.

"That’s not a progressive agenda. That’s simply a platitude," he said. "And that’s not enough. We have to do better than that."

Minutes before the debate, Gov. Tim Walz endorsed Omar and said in a tweet that she "never runs away from a challenge." Omar referenced the endorsement in her first answer of the debate.

The race is among the most expensive primaries of 2020. Democratic candidates have raised $8 million combined. The Republican candidate, Lacy Johnson, has raised $4 million of his own.

The district is heavily Democratic, meaning voters on Aug. 11 will likely be choosing their next representative.