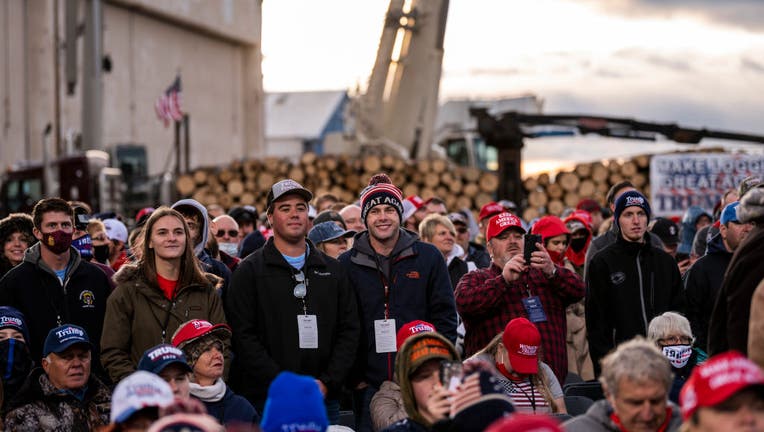 DULUTH, Minn. (FOX 9) - St. Louis County in northern Minnesota is bracing for more potential COVID-19 spread following President Donald Trump’s rally earlier this week. This comes after Trump and at least one member of his staff tested positive for the virus after the event.

According to St. Louis County Public Health Division Director Amy Westbrook, the county has had almost half of its total cases reported in September alone.

St. Louis County in northern Minnesota is bracing for more potential COVID-19 spread following President Donald Trump’s rally earlier this week. This comes after Trump and at least one member of his staff tested positive for the virus after the event.

Following a stop in Minneapolis on Wednesday, President Trump landed Air Force One in Duluth, where he held an outdoor rally in front of thousands of supporters. According to health officials, it is unlikely that anyone at the rally was at risk of contracting COVID-19 from those on stage, but the volume of people in attendance is of concern.

“Certainly a gathering of 3,000 is just a risk factor given that we know that people can spread COVID-19 even if they don’t have symptoms or they are asymptomatic, so the likelihood that we had transmission at the event is possible for sure,” said Amy Westbrook, St. Louis County Public Health Division Director.

U.S. President Donald Trump was filmed on Sept. 30 throwing hats to supporters in Duluth, Minnesota, a day before declaring on Twitter he had tested positive for coronavirus. Video credit Brendan Gutenschwager via Storyful

As video of President Trump throwing hats into the crowd circulates, Westbrook says that would be what officials consider a low risk transmission event.

“The highest risk is if you are spending 15 minutes or more with someone within six feet of them, so that is where we would consider close proximity to be a higher risk,” she said.

Of those in closer proximity and for a longer period of time include Congressman Pete Stauber who flew on Air Force One with the president. Stauber confirmed Friday afternoon that he tested negative for the virus and sent his regards to Trump for a speedy recovery.

Health officials say those who attended the rally earlier this week should wait a couple of days before getting tested as the incubation period is between 2 and 14 days. For more health guidance if you attended a Trump campaign event on Wednesday, click here.

Duluth Mayor Emily Larson also encouraged people who went to the rally to get tested and self-isolate. Those in Duluth can get tested at the Duluth Entertainment Convention Center.