(FOX 9) - Several prominent members of Minnesota’s Republican Party are being tested for COVID-19 after coming into close contact with President Donald Trump during his visit to Minnesota Wednesday. Trump revealed on Twitter early Friday that he and First Lady Melania had tested positive for the coronavirus.

Trump visited Minnesota Wednesday for a fundraiser in Shorewood followed by a campaign rally in Duluth. The news of his diagnosis came after one of his top aides, Hope Hicks, tested positive for COVID-19 after traveling to several campaign events, including those in Minnesota, with the president.

Minnesota House Minority Leader Kurt Daudt and Senate Majority Leader Paul Gazelka were in a group that greeted Trump on the tarmac of the Minneapolis-St. Paul International Airport Wednesday ahead of his rally. 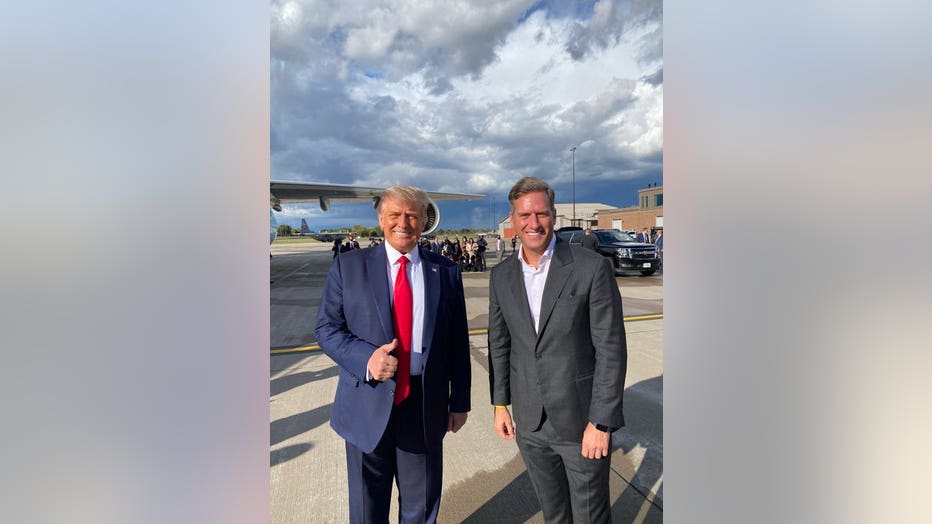 “I am doing fine,” Gazelka told WCCO Radio Friday morning. He said he and his wife, Maralee, was about 50 feet away from Hicks on the tarmac and were both in close contact with the president. They are both seeking a test for COVID-19 and will quarantine for two weeks.

Daudt said he is also in quarantine and is being tested on Friday.

“I am not currently experiencing any symptoms, but out of an abundance of caution I am being tested again on Friday for COVID-19 after testing negative on Tuesday ahead of the President’s visit,” Daudt said in a statement. “I will remain in self-quarantine until results are received.” 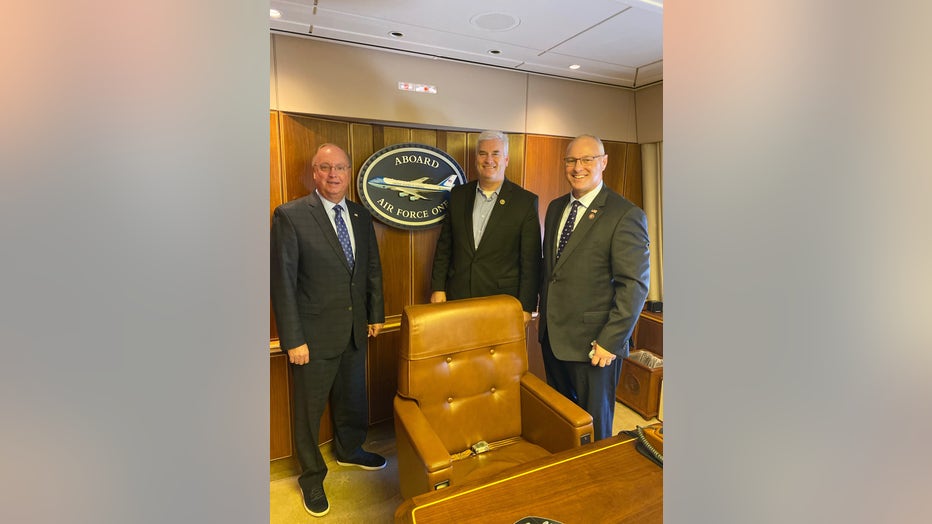 In a statement, Stauber, who represents Minnesota’s Eighth Congressional District, said he tested negative for COVID-19 prior to embarking on Air Force One, but was being tested again Friday morning after learning of the president’s positive COVID-19 diagnosis. Stauber announced that test also came back negative.

Emmer, the Sixth District representative, confirmed he tested negative as well. In a statement, he said he planned to follow the his physician's guidance.

Neither Emmer's nor Stauber's statements explicitly said whether they are quarantined.

Hagedorn, who represents the First District, was also tested for COVID-19 Friday morning, but, after speaking with Dr. Brian P. Monahan, the House Attending Physician, he will not be quarantining.

“Because Congressman Hagedorn’s interactions with the president and others who tested positive did not meet the criteria for close contact—within a distance of six feet for a duration of more than 15 minutes—Dr. Monahan advised the congressman to continue his official duties, such as voting on the House floor, wear a mask and delay air travel until the results of his COVID-19 test are confirmed as ‘negative’,” a statement from his office read. 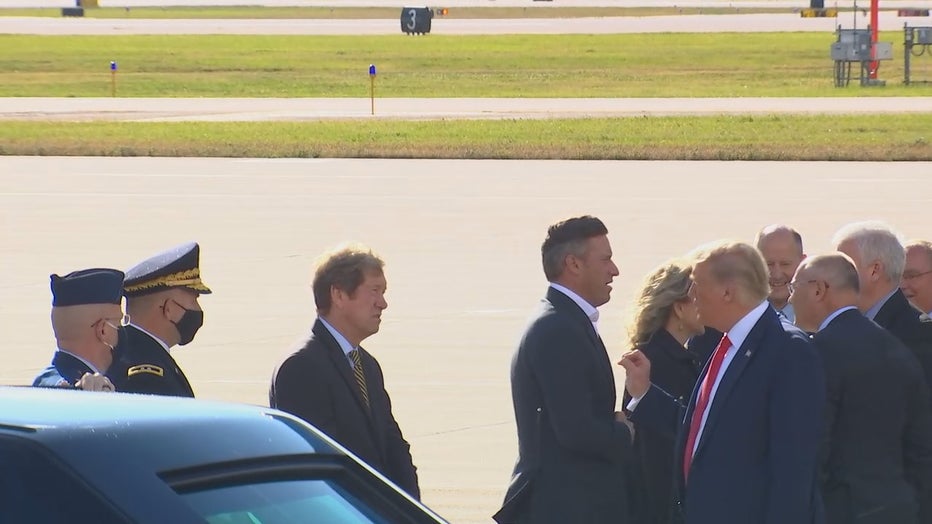 Several prominent Minnesota Republicans greeted President Donald Trump on the tarmac at MSP Airport Wednesday ahead of his rally in Duluth. (FOX 9)

Lewis’ campaign said in a statement he is “feeling fine” and not exhibiting any symptoms, but he is quarantining and will be tested for COVID-19 as soon as possible.

Lewis was asked about the president's visit during a virtual debate with his opponent, U.S. Sen. Tina Smith, on Minnesota Public Radio Friday.

"I did talk to the President but at a distance," he said. "I think we’re just fine. But as a matter of precaution, we’re gonna quarantine until I get can get over to the doctor and get tested. Just as we should do it."

The Minnesota GOP was scheduled to hold a conference call with Chair Jennifer Carnahan and reporters Friday morning to discuss the president’s visit to Minnesota in light of his COVID-19 diagnosis, but the call ended after less than a minute after Carnahan failed to show up.