The defense for former officer Thomas Lane has submitted this body camera video as evidence on his behalf as he faces charges for the death of George Floyd.

MINNEAPOLIS (FOX 9) - The body camera footage of former Minneapolis police officer Thomas Lane helping a man in a motorized wheelchair was released to the public Thursday as his defense intends to use it as character evidence in the George Floyd case. 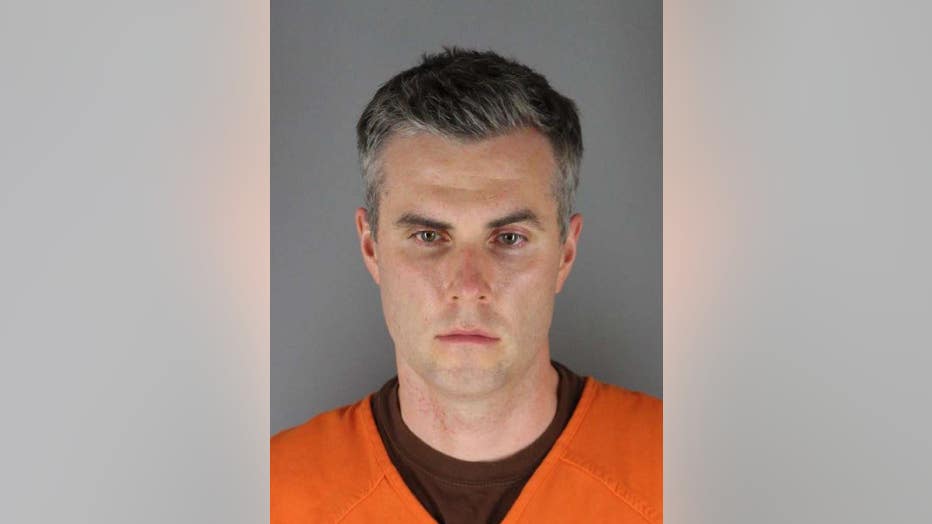 Thomas Lane is charged in connection with the death of George Floyd. (Hennepin County Jail)

Lane's lawyer Earl Gray filed a notice of intent Wednesday to offer character evidence, which he says will show Lane's "pertinent trait of character for peacefulness".

Gray submitted body camera footage and a transcript, which details an incident early on Jan. 23 when Lane helped a homeless man whose motorized wheelchair ran out of battery.

The body camera video shows Lane pushing the man on his wheelchair through the wintry conditions to the police precinct, so the man could recharge his wheelchair and warm up.

"This specific instance of conduct of Lane’s character will be strong circumstantial evidence that Lane did not with criminal intent assist in the murder of George Floyd," Gray wrote.

2 body camera videos from the officers involved in the death of George Floyd have been released to the public.

A trial date has been set for March 8, however the judge has yet to make a decision on motions for the cases of all four officers charged in Floyd’s death to be joined as one and to move the trial to a venue outside the Twin Cities.