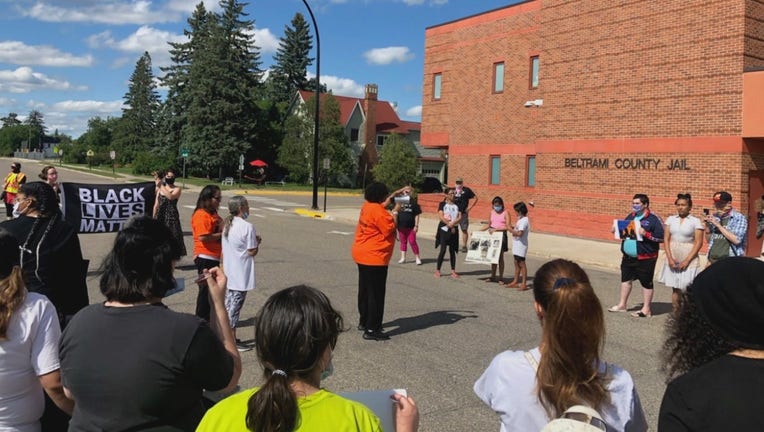 The mother of Hardel Sherrell, who died in Beltrami County Jail, holds a rally demanding justice.

(FOX 9) - A Twin Cities mother took her fight for justice to the Beltrami County Jail on Sunday.

Del Shea Perry led a rally outside the jail as she continues to fight for her son Hardel Sherrell, who died at the jail nearly two years ago.

The mother of Hardel Sherrell, who died at Beltrami County Jail nearly two years ago, demands justice during a Father's Day rally. Sherrell had three children.

The Department of Corrections recently found the jail and its staff committed gross violations in Sherrell's death. The 27-year old man was suffering a deteriorating medical condition for days, but did not receive the care he needed. Much of his suffering was captured on in-house jail surveillance video. Staff allegedly believed Hardel was faking his illness.

His mother has filed a civil rights lawsuit against the county, the jail, and their healthcare providers. She is also demanding criminal charges be filed.

She chose Father’s Day for her rally because Hardel left behind three young daughters.