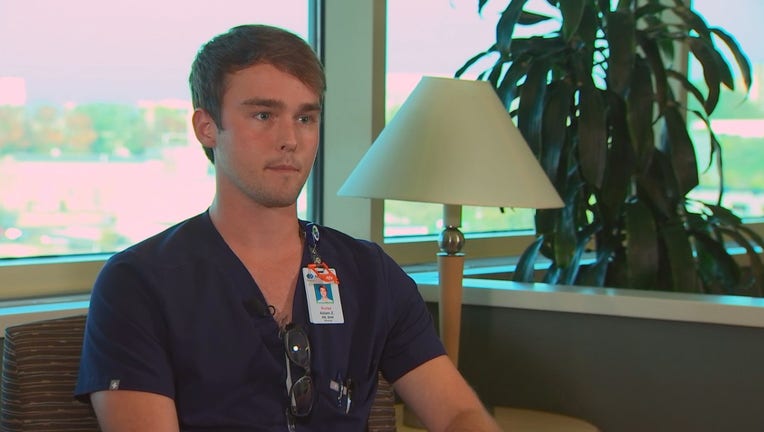 Nurse Adam Ziebol joined Regions years after the hospital helped save his own life.

(FOX 9) - A trauma nurse at Regions Hospital in St. Paul is now caring for patients in the very same unit that saved his life years ago.

In his new position, Adam Ziebol is reconnecting with a medical team that nursed him back to health after he survived a deadly car crash as a teenager.

Minnesota nurse now works for hospital that helped save his life

A trauma nurse at Regions Hospital is now working at the hospital that helped save his life when he was a teenager.

"This unit is very diverse when it comes to our patient population. Obviously, we deal with a lot of trauma, but we have patients of all different kinds up here," he said.

Eight years ago, Ziebol was in a serious high-speed crash that left his back broken in three places.

He was with his two sisters on their way to visit grandparents in Texas when their car collided head-on with a semi. One of his sisters died, and Adam, who was in the back seat, had taken off his shoulder strap. When the crash happened, the lower lap belt shredded his stomach and intestines.

"I could've died many times. At least a handful of times that I could have died, so I'm very fortunate to be alive," Adam said back in 2014 during an interview with FOX 9.

His mom, a nurse herself, was not sure he would make it. 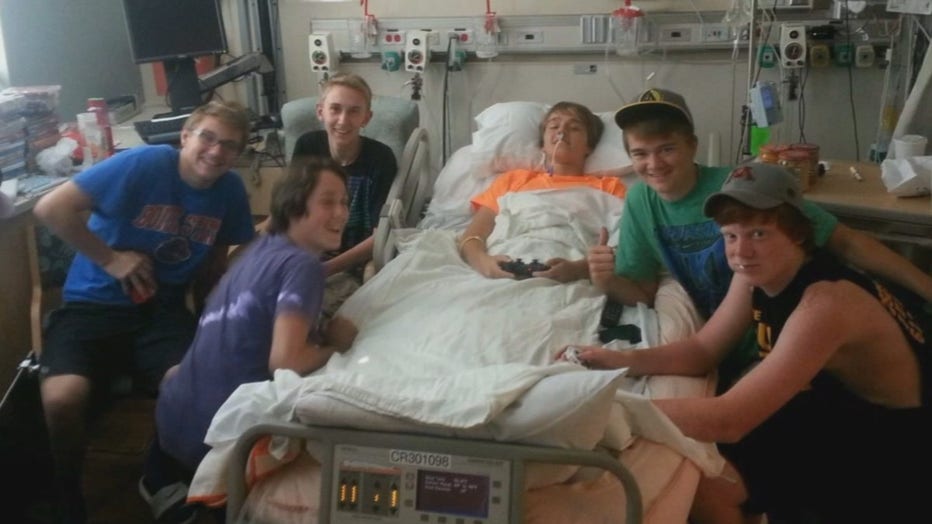 Adam was eventually transferred to Regions, where a specialty team of abdomen specialists cared for him like a son, getting him strong enough to return to his Burnsville high classroom after months of healing.

"This place absolutely saved my life, for sure," he said. "The thing I remember the most about it was the amazing nurses and doctors and people here that were taking care of me… and how they made what was a horrible experience, honestly better in so many ways."

One of those life-saving nurses was Mary Anne Obst. Adam said her laughter, compassion and bedside manner inspired him to become a nurse.

"She lights up the room whenever she walks in. She made me laugh constantly when probably had a lot of reasons not to be laughing," Adam said.

"It was probably one of the worst things I had ever seen on a kid. But, you saw something special in Adam… everyone sees it. You only meet him for like 30 seconds and you love Adam. We called him Wonder Boy because he was wonderful," Obst said.

After Obst watched Adam connect and relate to patients during a summer internship like few others - given his own medical miracle - she went to Regions management and told them they had to hire him.

"Obviously, I can’t completely put myself in their shoes, but there are some patients that I’ve been through something similar. So, I think it helps me empathize better with them because I’ve lived that to a point," Adam said.

Adam said he feels great now and just has a sore back from time to time. Meanwhile, Adam’s other sister, who survived the crash, is also a nurse now, too.