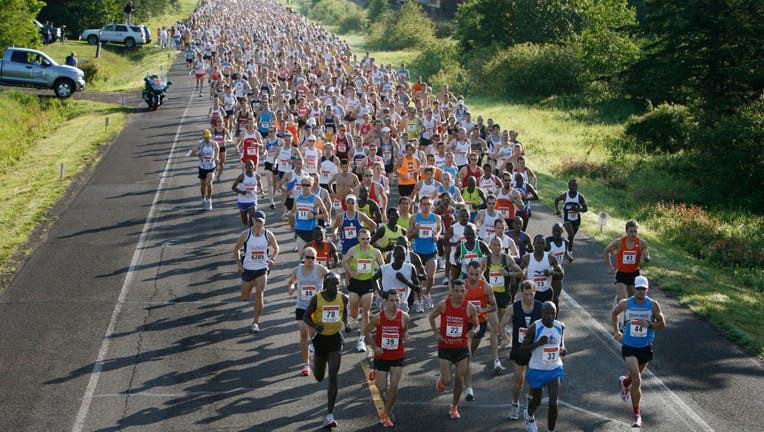 (FOX 9) - Some staples of Minnesota summer appear to be returning in 2021 after Gov. Tim Walz announced a loosening of COVID-19 restrictions Thursday.

Soon after the Governor’s announcement to remove capacity limits for outdoor events and ending curfews for bars and restaurants (with another loosening of restrictions starting as early as May 28) Duluth’s Grandma’s Marathon and Shakopee’s Twin Cities Summer Jam both announced their events have been given the green light.

Venues in Minnesota are making plans after the governor announced a timeline for lifting all COVID-19 restrictions.

Here are some other summer events welcoming back patrons in Minnesota this year:

From June 17-19, Grandma’s Marathon will run in Duluth. Event organizers say changes to the annual marathon’s usual format will be announced in the coming days.

Last week, Walz hinted that this year’s Minnesota State Fair will be "pretty close" to normal in late August.

"I think for us the touchstone place is State Fair, everything looks to me on the horizon the way the vaccine is going and the way is the virus is responding that that should be a pretty close to normal event," said Walz at a Friday afternoon press conference.

This week, fair officials announced it would host a five-day "Kickoff to Summer at the Fair" event over Memorial Day weekend, which will features some fair favorites opening their doors for a dry run.

Famed Minneapolis music venue First Avenue said it is now starting to fill its calendar for fall, winter and next spring. Spokesperson Ashley Ryan says the business is pleasantly surprised that they are able to book talent for this summer, too.

First Avenue says this summer will be a big opportunity for local bands to shine while plans are made for tours coming in from out of state.

In the world of sports, Minnesota’s teams will all have different restrictions depending on the size of their respective stadiums. Click here for a full breakdown.

At Target Field, the Twins can determine how quickly they want to ramp up to full capacity. Before the season began, they teased that as many as 10,000 fans could safely return to the ballpark.

At Allianz Field, the Loons are allowing up to 4,100 fans at each match. Similarly, it will be up to them how many fans can attend games under the Governor’s new order.

The Timberwolves and Lynx can have up to 5,000 fans under the loosened restrictions.

The 3M Championship has not announced plans for fans for its late July PGA Tour event.

The Vikings and Gophers, which don’t kick off until fall, have not announced their plans for fans yet.