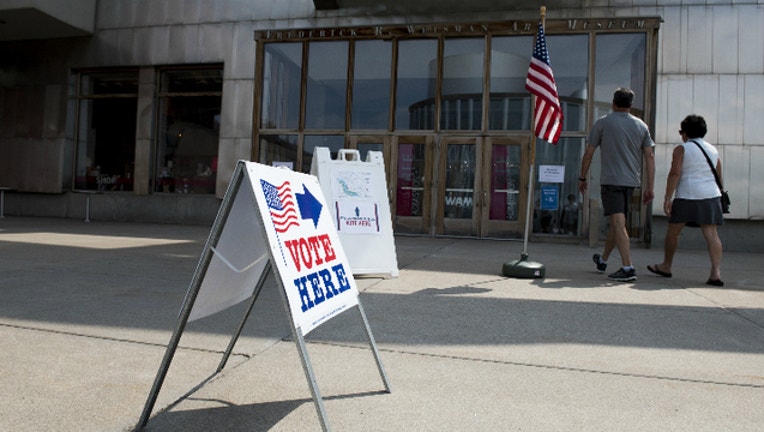 (KMSP) - The numbers are in for the primary races for elected offices across Minnesota.

Congressman Tim Walz is the projected winner in the DFL primary race for governor.

Both Representative Erin Murphy and Attorney General Lori Swanson conceded in the race.

In the DFL race for governor the candidates are Representative Erin Murphy, Congressman Tim Walz and Attorney General Lori Swanson. Murphy is the DFL-endorsed candidate and former Majority Leader of the Minnesota House of Representatives. Walz was first elected to the House in 2006. Swanson, the state's first woman attorney general, is in her third term. Swanson is also facing allegations that she misused employees in her office to help with her political work.

Congressman Keith Ellison is the projected winner in the DFL race for attorney general. In the GOP primary, Representative Doug Wardlow won the race. He was the GOP-endorsed candidate.

After not getting the DFL endorsement, Attorney General Lori Swanson dropped out of the attorney general race and instead is running for governor.

Representative Ilhan Omar is the projected winner in the DFL race for the Fifth Congressional District. In 2016, Omar became the first elected Somali-American Muslim legislator elected to U.S. office.

On the GOP side, Jennifer Zielinski won the race. She was the GOP-endorsed candidate. She is a former candidate for the District 6 representative for the Minneapolis Park and Recreation Board.

Congressman Keith Ellison is vacating his seat in the Fifth Congressional District as he is running for Attorney General.

Among those running in the DFL primary include Representative Ilhan Omar, former Speaker of the Minnesota House of Representatives Margaret Kelliher and State Senator Patricia Torres Ray. Kelliher ran for governor against Mark Dayton in 2010, but lost in the primary by less than one percent. Torres Ray was first elected in 2006 and is the former Majority Whip.

Iraq War vet Dan Feehan won the DFL primary, while Jim Hagedorn won in the GOP race for the First Congressional District. Both were the endorsed candidates for their respective parties. Hagedorn ran for this seat against Walz in 2016 and lost by a narrow margin.

With a run for governor, Congressman Walz vacated his seat in the First Congressional District.

Pete Stauber is the projected winner in the GOP race for the Eighth Congressional District. Stauber, the St. Louis County Commissioner, was the GOP-endorsed candidate. Vice President Mike Pence visited Duluth to campaign for Stauber.

Congressman Rick Nolan announced he would not run again for his seat in the Eighth Congressional District, and then joined Attorney General Swanson in the gubernatorial race, running as her lieutenant governor.

Senator Tina Smith was sworn in after Al Franken resigned due to allegations of sexual misconduct.

In the Senate race, Smith was the DFL-endorsed candidate. Smith beat out longtime Republican turned Democrat Richard Painter, who worked in the George W. Bush administration..

State Senator Karin Housley was the GOP-endorsed candidate and was first elected to State Senate in 2012.