Minnesota Gov. Tim Walz stressed the need to restore order in Minneapolis following several days of protests during which rioters set a police precinct on fire.

MINNEAPOLIS (FOX 9) - Minnesota Gov. Tim Walz said the state is taking the lead in responding to the situation in Minneapolis, where protests over have escalated into violence over the death of George Floyd in police custody.

Walz emphasized that no justice can be sought for Floyd until order is restored in the city. “None of us can tackle these problems if justice reigns on the street,” he said.

Minnesota Gov. Tim Walz said the state is taking the lead in responding to the situation in Minneapolis, where protests over have escalated into violence over the death of George Floyd in police custody

It was the first time Walz had spoken publicly about the situation since Wednesday afternoon.

Thursday night, rioters gained access to the police precinct and set it on fire. Mayor Jacob Frey made the call to abandon the building and evacuate the personnel inside.

The protest first turned violent Wednesday night, when businesses were looted and burned throughout the city. The looting spread to St. Paul and surrounding communities Thursday and continued overnight.

Walz activated the Minnesota National Guard Thursday afternoon, but soldiers were not deployed to the Third Precinct until just after midnight. They have since secured the area and will remain there for the time being.

READ NEXT: How the Minnesota National Guard responded to the Floyd protests in Minneapolis and St. Paul Thursday night

However, many have wondered why the state did not step into help sooner.

The mayors of St. Paul and Minneapolis both requested help from the National Guard, but Walz and Adjutant General Jon Jensen said they failed to provide specifics on exactly where they wanted the Guard to go and what they wanted them to do once they got there. 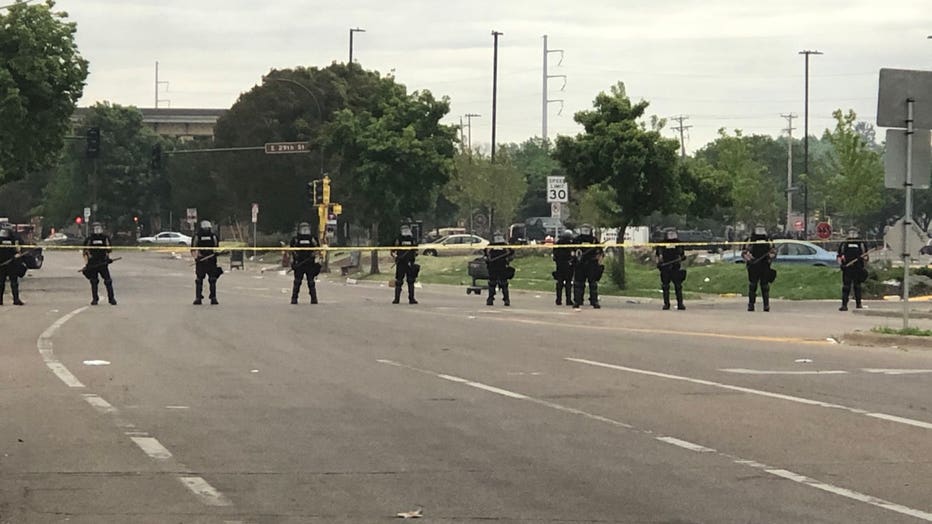 The National Guard’s “law and order” mission at the Third Precinct is ongoing, Jensen said.

Walz said the state’s plan for Friday night is being “worked out now.” He hopes to make it public by 2 p.m.

Floyd died on Memorial Day after he was detained by Minneapolis police responding to a forgery call. A video taken by a bystander sparked national outrage after it showed one of the officers kneeling on Floyd’s neck as Floyd repeatedly says “I can’t breathe.” The officer continued to press his knee onto Floyd’s neck even after he lost consciousness. None of the other officers at the scene attempted to check on Floyd until after the ambulance arrived, despite bystanders’ pleas.

All four responding officers have been fired. Friday, former officer Derek Chauvin, seen pressing his knee into Floyd's neck, was taken into custody.

The FBI and the Minnesota BCA are investigating.