The man charged with shooting Waseca, Minnesota police officer Arik Matson in the head last January was sentenced to 35 years behind bars on Friday.

Matson was shot on Jan. 6 when he and other officers responded to a report of a suspicious person. When they found the man, later identified as Tyler Janovsky, he ran onto the roof of a garage and shot at the officers, hitting Matson in the head.

Since the shooting, Matson has made a remarkable recovery. He spent 10 months in the hospital and underwent physical therapy in Omaha, Nebraska. Last month, he returned home to a hero’s welcome, 287 days after he was critically wounded. 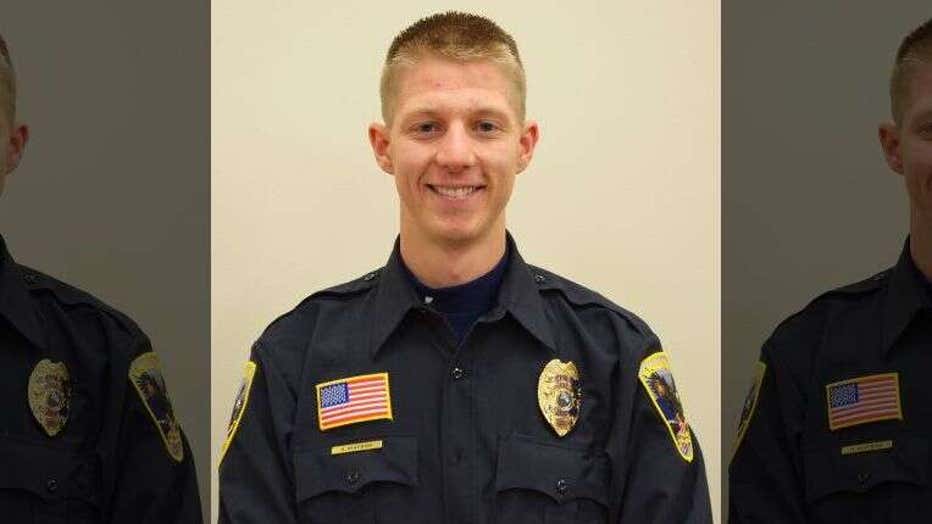 Waseca, Minnesota Police Officer Arik Matson was shot in the head by a suspect on January 6, 2020.

In addition to working as a Waseca police officer, Matson was also a volunteer firefighter and sat on the city council in Freeborn where he lives with his wife and two young daughters.

"While I would never have imagined this pain and injury on anyone, I would still respond to that call if it was tomorrow," Matson said in court.

Prominently displaying his Waseca police badge and with his wife Megan by his side, Arik Matson told the court about everything he and his family lost ten months ago. 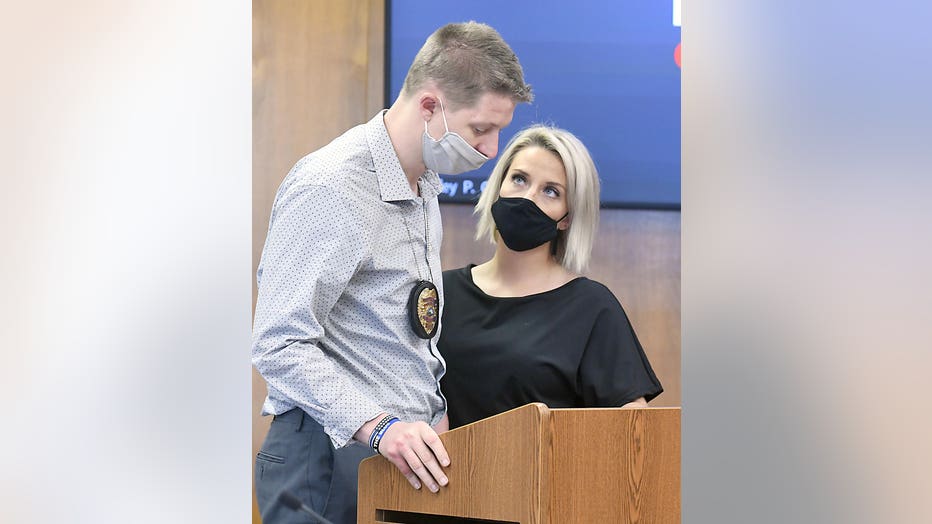 Waseca Police officer Arik Matson is steadied by his wife Megan as he reads a statement at Tyler Janovsky’s sentencing hearing Friday at the Waseca County Courthouse. Janovsky was sentenced to 35 years in prison in Waseca County District Court for sh (Supplied)

"The night of January 6th, working another officer’s shift, life changed forever," he said. "Woke up in the hospital, told I was shot at work."

But after months and months of grueling recovery and rehab, Matson returned home to a hero’s welcome last month. He was able to speak in court shortly before his shooter was sentenced to 35 years in prison.

"I’ve been thinking about this moment," Janovsky said before his sentence. "I’ve caused Arik Matson, his family, and this community by my actions."

Community in Waseca, Minnesota welcomes officer Arik Matson back months after he was shot on duty

The community in Waseca, Minnesota welcomed officer Arik Matson back months after he was shot on duty and underwent treatment and rehabilitation.

"Sometimes you have to let go of the picture you thought what life would be like and find joy in the story you are living in," said Arik's wife Megan Matson. "We’ve found joy and will keep living."

Along with being a police officer, Matson also serves as a volunteer firefighter and a member of the Freeborn City Council where he lives with Megan and their young daughters.

After court, he had a message for others who risk their lives every day by putting on the badge. 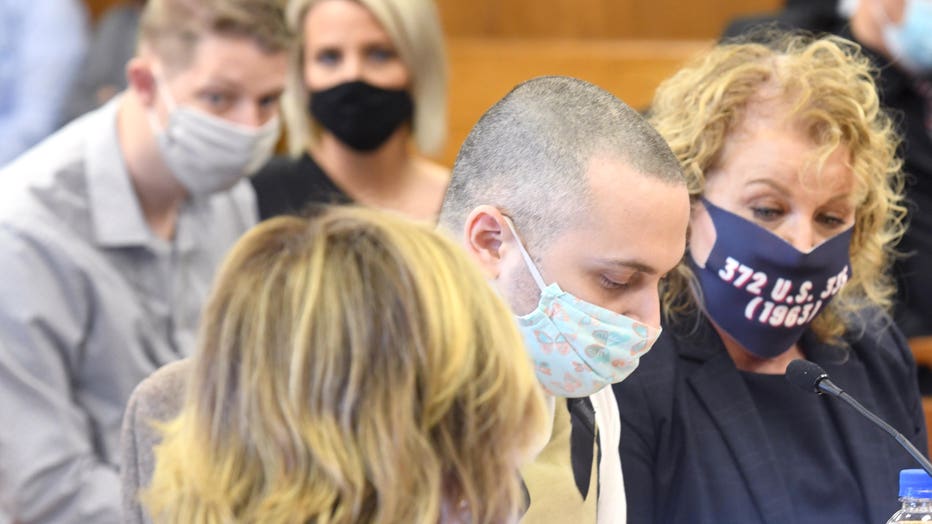 Waseca Police officer Arik Matson and his wife Megan listen as Tyler Janovsky reads a statement at his sentencing hearing Friday at the Waseca County Courthouse. Janovsky was sentenced to 35 years in prison in Waseca County District Court for shootin (Supplied)

"To all my brothers and sisters in law enforcement, thank you for all of your support," he said. "Stay strong."

Before hearing home, Matson said now his family can start to move on and get back to their new normal. Meanwhile, Janovsky will immediately begin serving his 35-year sentence.