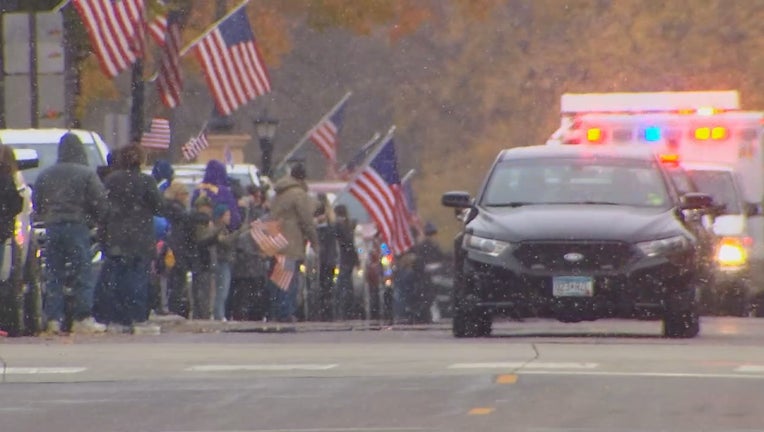 Back in January, Officer Matson was shot in the head while responding to a call. The suspect, 38-year-old Tyler Janovsky, pled guilty to two counts of attempted first degree murder and will be sentenced next month.

Community in Waseca, Minnesota welcomes officer Arik Matson back months after he was shot on duty

The community in Waseca, Minnesota welcomed officer Arik Matson back months after he was shot on duty and underwent treatment and rehabilitation.

“We all knew there was a greater good out there that was going to bring him home,” resident Jaala Miller added.

Right at noon along a Main Street, community members lined up to show their love and thanks for the officer and his family.

Waiting right up front at the Public Safety Center were Arik’s maternal grandparents.

“Everybody has been so great to him… and we’re so thankful for all the people,” said his grandfather, Ray Langerud.

Now, nine and a half months later, Arik came home after a difficult and long recovery. Family said he’s suffered seizures, has troubles with vision, and has pain in his left arm.

Matson’s grandmother says his thoughts now are to keep working hard on his rehab but to also enjoy some of life’s simple pleasures.