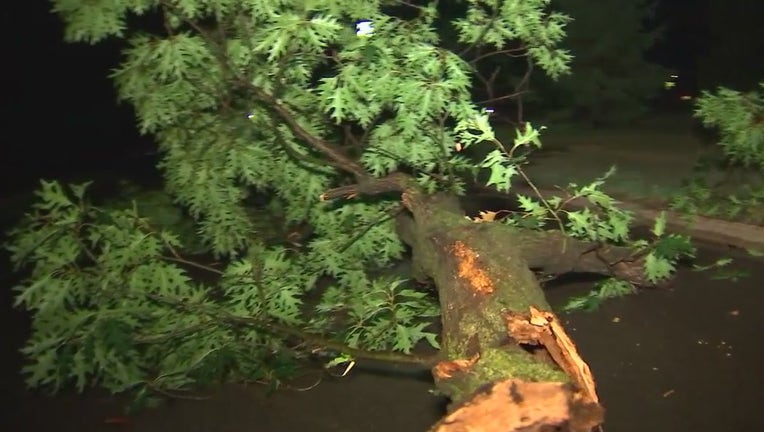 Theodore Wirth Parkway in Minneapolis was closed Thursday night after a tree limb fell and blocked the road.  (FOX 9)

The Washington County Sheriff’s Office said the man was conscious and responsive when they arrived. He was taken by ambulance to Regions Hospital.

Storms in the Twin Cities metro caused problems in a few areas Thursday night, including in Minneapolis where Theodore Wirth Parkway was closed due to a fallen tree limb.

Storms in the Twin Cities metro Thursday night caused problems in a few other areas as well.

Theodore Wirth Parkway was closed in Minneapolis after a large tree branch fell in the road when a line of storms moved through around 10:30 p.m.