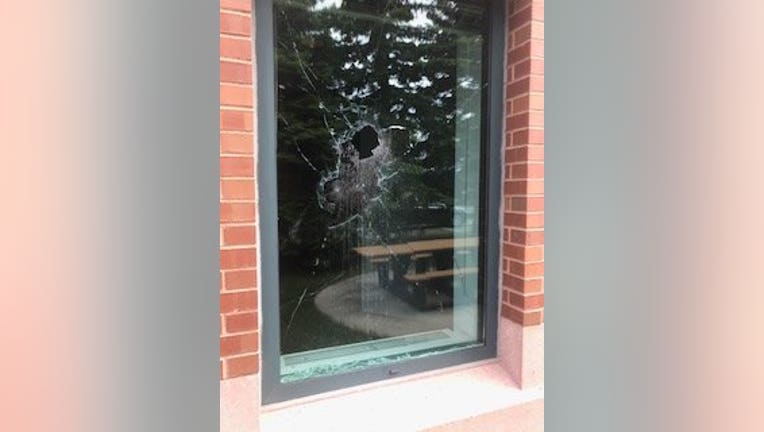 Two men have been charged for throwing Molotov cocktails through the window of the Dakota County Western Service Center early on May 29. (Dakota County Sheriff)

APPLE VALLEY, Minn. (FOX 9) - A Savage, Minnesota man accused of throwing Molotov cocktails at a government building in Apple Valley pleaded guilty to aiding and abetting arson, according to the District of Minnesota U.S. Attorney's Office.

Fornandous Cortez Henderson, 32, entered his plea Wednesday in U.S. District Court. Another man, Garrett Ziegler of Long Lake, was charged in connection to the case.

According to the court documents and Henderson's guilty plea, on May 29, Henderson and Ziegler went to the Dakota County Western Service Center, where they used bats to break open the windows and threw in Molotov cocktails. The devices caused damage inside the building, which houses Dakota County court facilities and also a passport office.

Henderson and Ziegler also tried to light other fires around the building, according to the court documents.

Henderson's sentencing will be scheduled at a later date.