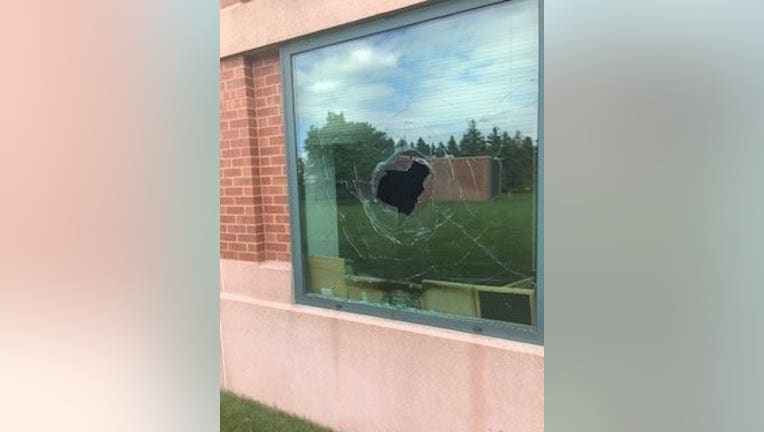 A window at the Dakota County Western Service Center in Apple Valley is damaged by a Molotov cocktail. (Dakota County Sheriff)

According to U.S. Attorney Erica H. MacDonald, Garrett Ziegler, 24, of Long Lake, Minn. and Fornadous Henderson, 32, of Savage, Minn. both face one count of arson and one count of possession of Molotov cocktails. Both men are in custody awaiting a formal detention hearing Thursday. 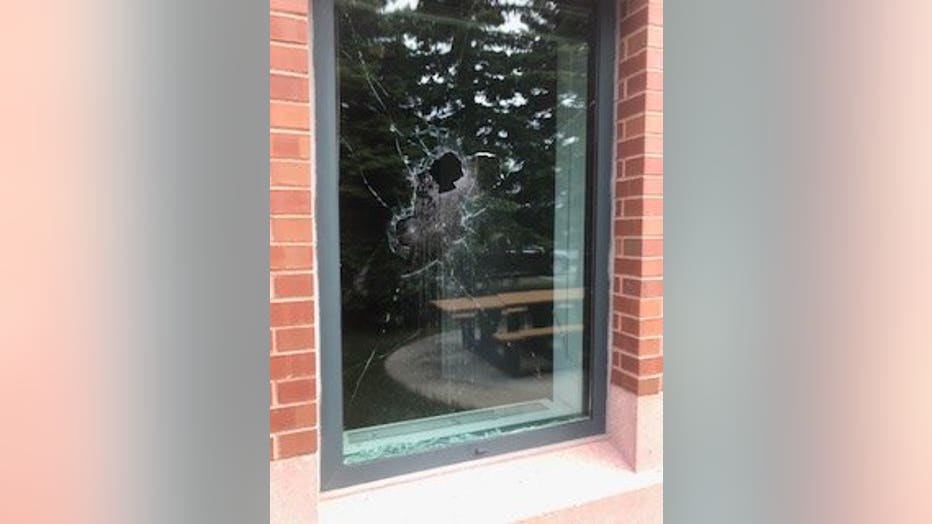 According to the charges, police responded to the Dakota County Western Service Center early Friday morning, which includes a number of state and local agencies, court facilities and a U.S. Passport facility. There, law enforcement found broken windows and a fire near the judges’ chambers and clerks’ offices. Broken glass jars, liquor bottles, pushpins, and a charred red bandana were all found at the scene, consistent with Molotov cocktails.

Also at the scene, law enforcement found car keys belonging to a car in a neighboring business. A search warrant executed on the vehicle yielded liquor bottles, a store receipt dated Thursday for three bandanas, boxes of push pins, an empty cardboard box for mason jars, an empty lighter fluid bottle, isopropyl alcohol, a plastic jar with an unidentified liquid, T-pins and a receipt for nail polish remover.

The officers located Ziegler and Henderson on a road near the facility and they were taken into custody.

This is the second set of charges filed by the U.S. Attorney's Office this week related to the unrest that gripped the Twin Cities last week. Monday, MacDonald's office filed rioting charges against an Illinois man for his role in the Minneapolis riots.