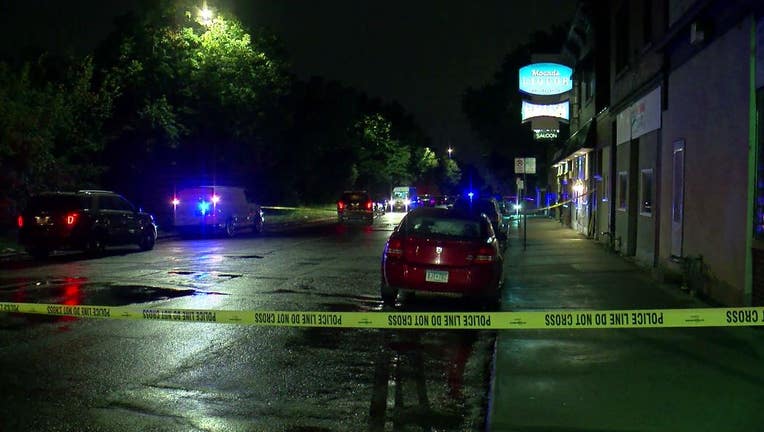 ST. PAUL, Minn. (FOX 9) - Police are investigating a homicide after a man was shot late Saturday night in St. Paul.

According to police, at about 11:15 p.m., officers received 911 calls from the 1000 block of Hudson Road near Earl Street reporting that a man shot another man.

Police are investigating a homicide after a man was shot late Saturday night in St. Paul.

Police rushed to the scene and found the victim lying in the street suffering from an apparent gunshot wound. Officers rendered aid and the man was transported the man to Regions hospital. He died a short time later.

Investigators are looking for the person or people responsible for the man's death. This marks the city’s 22nd homicide of the year and eighth since Sept. 2. More than 120 people have been shot in Saint Paul this year, 22 this month alone.

Officials noted that there are two bars nearby, and they are asking anyone who was in the area to call the Homicide Unit at 651-266-5650.

About an hour before the shooting, a man was fatally shot in downtown Minneapolis.