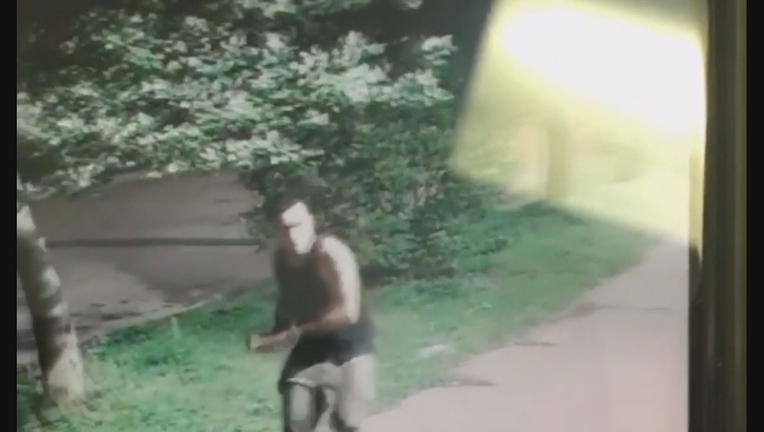 Surveillance video showed a man throwing an object at the building. Six businesses were vandalized in the Seward neighborhood. (FOX 9 Minneapolis-St. Paul)

MINNEAPOLIS (FOX 9) - A 36-year-old Minneapolis man has been charged after he allegedly threw rocks at the windows of Somali-owned businesses in south Minneapolis, according to the Hennepin County Sheriff's Office.

According to the criminal complaints, on September 18, Minneapolis police responded to a report of broken glass storefronts near the intersection of 24th Avenue South and East Franklin Avenue. Surveillance cameras captured video of a man throwing rocks at different businesses along the block.

Six businesses on the same block in the Seward neighborhood of south Minneapolis were vandalized overnight and it's left residents wondering if they were targeted.

The charges state investigators learned seven businesses had their windows broken overnight. The cost of the estimated damage is believed to be in excess of $8,000. One business owner estimated the window replacement at his business alone would be $5,400.

The next day, Hennepin County security officers working at the Hennepin County Government Center recognized St. John as the possible suspect. After authorities identified him, St. John said, "I broke those windows and I will pay for them." He was taken into custody, but then was released, pending further investigation.

In an interview with police, St. John said he broke the windows because he believed the people who shot his family members were Somali, the charges state. He went on to say he hates "the Somalis" and "he directed his hate at 'the Somalis' he knew."

St. John is not in custody and is believed to be a public threat, especially to the Somali community, according to the charges. There is a warrant out for his arrest.