ST. PAUL, Minn. (FOX 9) - Gov. Tim Walz's proposal to use part of the state's budget surplus on direct payments to Minnesotans was a throwback to decisions made during one of the most interesting periods in Minnesota political history.

Then-Gov. Jesse Ventura pushed through three straight years of tax rebates from 1999 to 2001 to spend down budget surpluses. While there are differences between Walz and Ventura's proposals, the political debate over direct payments is strikingly similar two decades later. 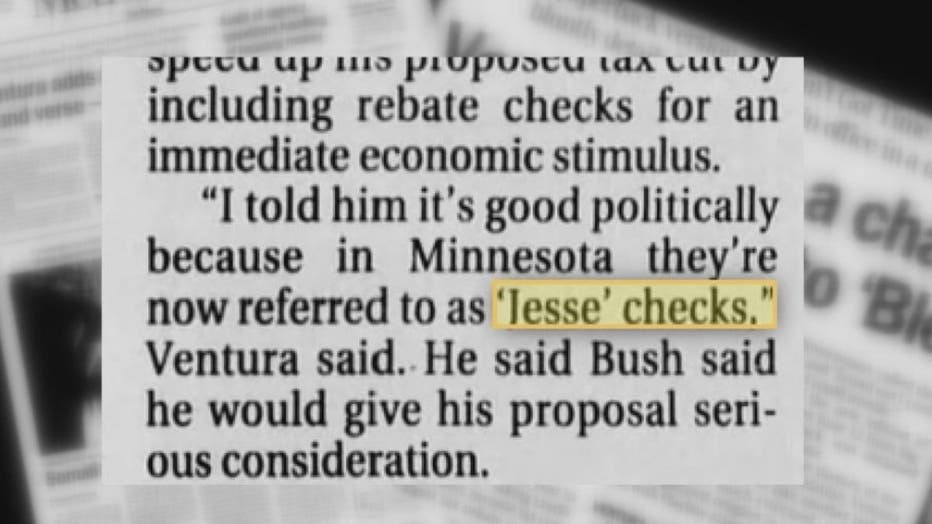 His public relations team dubbed the governor's proposal "Walz Checks" when the first-term Democrat announced them Thursday. The governor, who is running for re-election this fall, bristled at the idea that self-named payments were an attempt to buy voters.

"Here’s what I would say. Nobody out there gives one dang what they’re called. They just want them in their pocket," Walz told reporters. "We’ll get them there."

How Jesse Checks got their name

Unlike Walz Checks, Ventura did not initially call his sales tax rebate "Jesse Checks." But Ventura was thrilled when people started calling them that, news reports indicate. The governor quickly adopted the name -- even recommending to President George W. Bush that he should send "GW Checks" to Americans in 2001.

Unlike Walz's proposal, Jesse Checks had no income limits and were based on the amount of expected sales tax a person paid during the year, so that higher-income people received more. Using sales tax as the benchmark meant people who paid no income tax still received a check, and it did not affect federal income taxes owed.

Walz's office has not said what mechanism the administration favors. 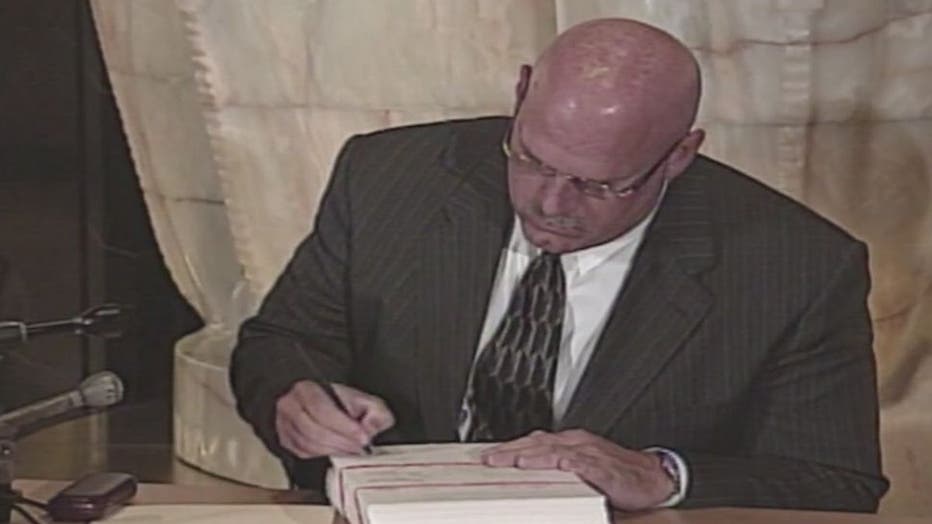 Then-Governor Jesse Ventura pushed through three straight years of tax rebates from 1999 to 2001 to spend down budget surpluses.

In the 1998 campaign, Ventura ran on returning a budget surplus to Minnesotans.

"I’m talking here about solid money in the bank," Ventura said in announcing his 2000 rebate proposal. "This is money we have that we’re able to give back."

Then and now, Republicans said they preferred permanent income tax rate cuts to direct payments. During Ventura's term, Republicans went along with Jesse Checks despite misgivings.

"We’re trying to get rid of future surpluses, and if you don’t cut taxes in a large way, that’s not going to happen," said then-House Majority Leader Tim Pawlenty, a Republican who succeeded Ventura as governor, in 2000.

Pawlenty's comments could have stood as Republicans' criticisms of Walz's proposal this week.

Republicans' opposition to direct payments -- and support for permanent tax rate cuts -- puts them in conflict with Walz, who has said permanent cuts would risk budget deficits during a downturn.

The legislative session starts Jan. 31, and deciding what to do with the state's record-high budget surplus is among the key issues.