Governor Tim Walz has signed a clean energy bill that will set Minnesota utilities on a path to go carbon-free by 2040 -- an effort is being met with some scrutiny.

Talk with Democratic lawmakers, and they'll say it's a matter of if -- not when -- Minnesota legalizes recreational marijuana. It's also clear that they don't have every detail settled. Take, for example, the tax rate on marijuana sales.

The Minnesota Senate voted 34-33 to pass the reproductive rights bill early Saturday morning. The bill will now be sent to Gov. Tim Walz to be signed into law.

Minnesota House Democrats passed an abortion bill during a floor vote Thursday night as the U.S. health and human services secretary visited the state to promote the move.

Gov. Tim Walz returned Sunday from a trip to the Middle East, and says the state needs to incentivize people to join the Minnesota National Guard.

Following examples from states like Michigan and Nebraska, Minnesota governor Tim Walz wants the Minnesota Legislature to invest in advertising that could attract people to the state. FOX 9’s Theo Keith explains.

During a briefing on Dec. 12, Minnesota Gov. Tim Walz answered questions about TikTok and other social media platforms, including the risks the platforms bring.

They may have full control of the state Capitol and a $17.6 billion projected budget surplus to work with, but Minnesota Democrats have differences over how to spend the money.

Scott Jensen, who lost to Gov. Tim Walz in last week's midterm election, says he and other Republicans erred on the abortion issue and that the party needs to change its stance to win Minnesota statewide elections.

Following his candidacy for governor, and ultimate loss to Tim Walz, Dr. Scott Jensen sat down with FOX 9’s Theo Keith to discuss his views on the future of the Republican party, and if he plans to run again.

Newly reelected governor Tim Walz and lieutenant governor Peggy Flanagan announced on Wednesday both the commissioner of health and commissioner of public safety will not seek reappointment.

Former Minnesota governor Jesse Ventura says newly re-elected Gov. Tim Walz personally assured him that a marijuana legalization bill will be one of the first measures Democrats approve when they take full control of the state Legislature in January.

Former Minnesota governor Jesse Ventura says newly re-elected Gov. Tim Walz personally assured him that a marijuana legalization bill will be one of the first measures Democrats approve when they take full control of the state Legislature in January.

For the first time in a decade, Minnesota Democrats won a trifecta at the state Capitol, gaining control of the House, Senate, and governor's office following Tuesday's election. 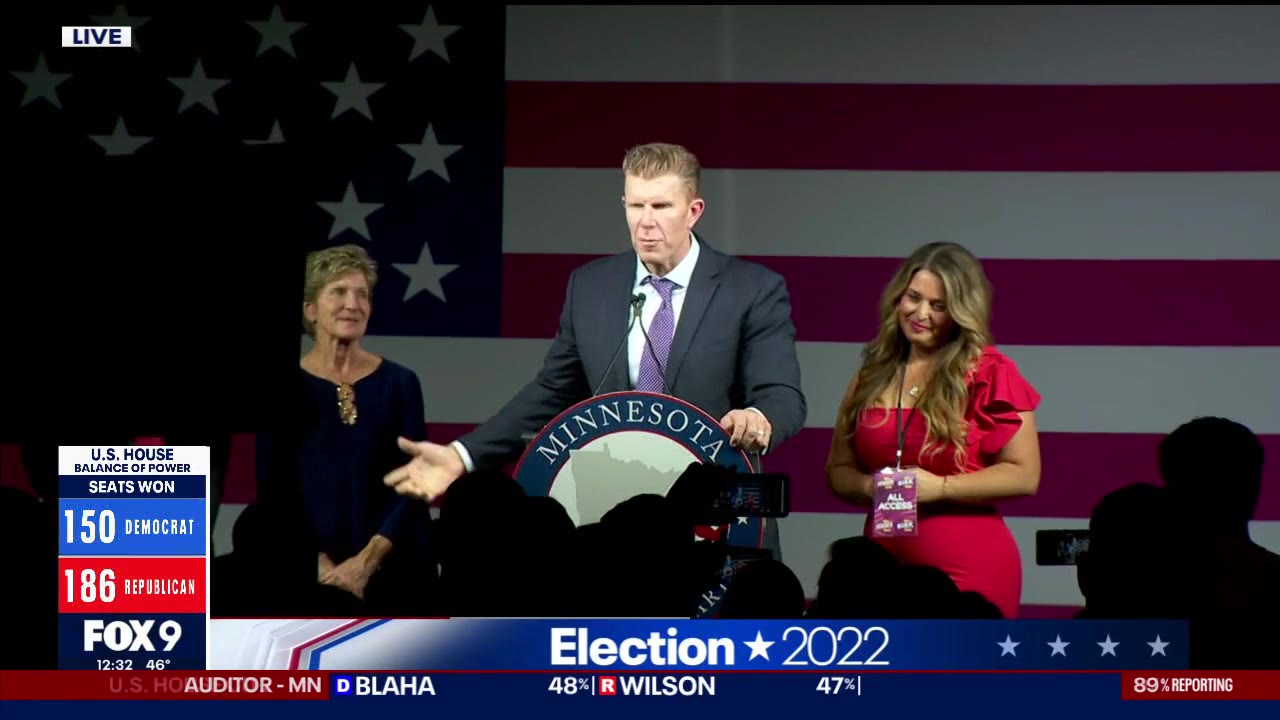 As Scott Jensen conceded early Wednesday morning in his bid for Minnesota governor, Matt Birk discussed the unlikely pairing between him, a former football offensive lineman, and Jensen, a doctor.

Dr. Scott Jensen speaks with supports as he concedes in the race for Minnesota governor versus Tim Walz.

Dr. Scott Jensen says he wants to wait until more results are in before he considers any concession in the race for Minnesota governor -- after Governor Walz has claimed victory and projections have Walz winning.